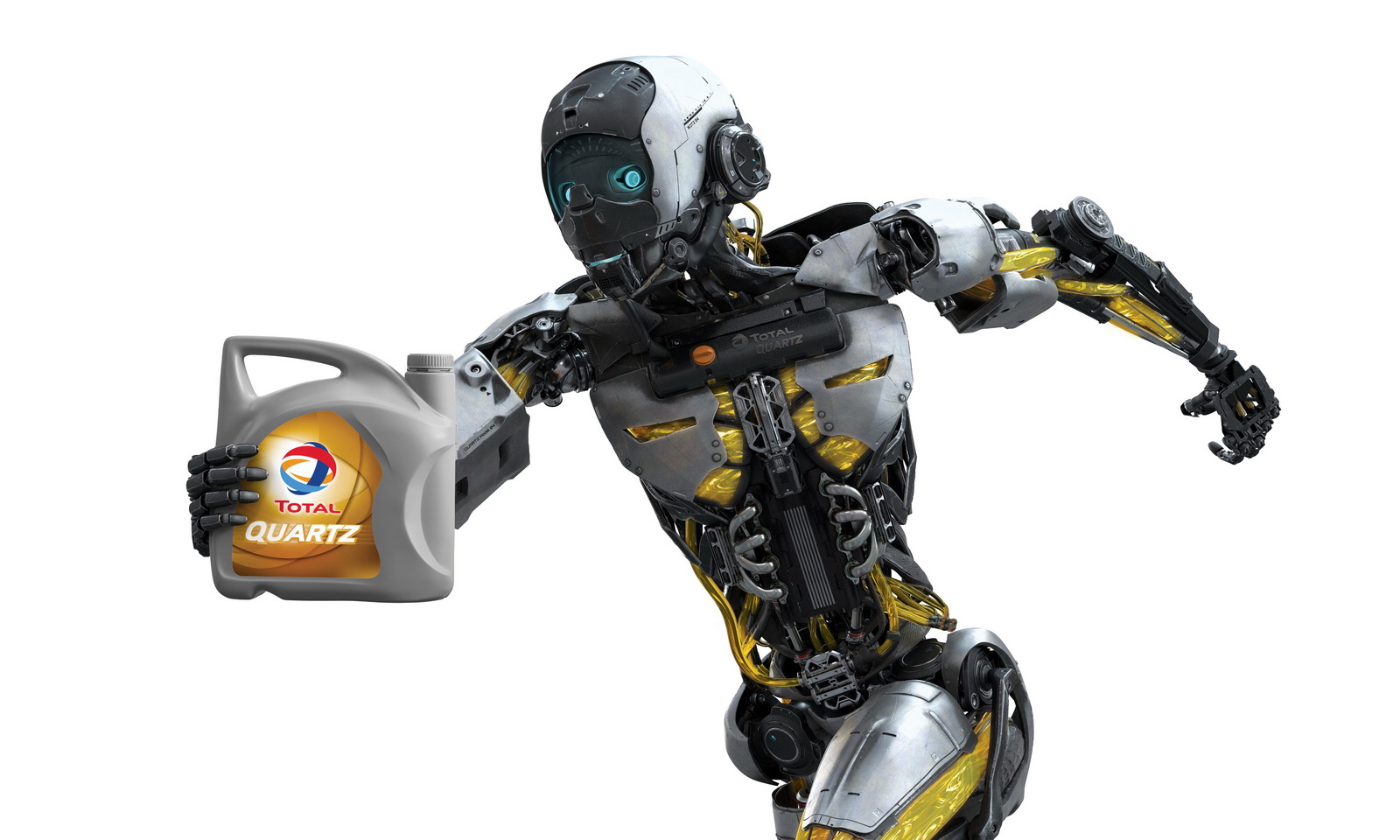 TOTAL is launching a new international campaign with RobotQuartz for its motor oils. The latter highlights advanced technology that improves engine protection against mechanical wear by up to 64% (compared to official industry limits).

This is called Age Resistance Technology (ART). TOTAL QUARTZ with ART is a real innovation that maintains the performance and longevity of engines. Present in TOTAL QUARTZ brand communications since 2011, RobotQuartz is also back in this campaign with a brand new look. This completely redesigned engine robot is more modern than ever, truly embodying Total’s cutting-edge technology.

Another surprising detail of this new campaign is that RobotQuartz is no longer alone. Indeed, new robot-motors appear and go after him! A true visual comparison is created between RobotQuartz and defective robots that were not so lucky. This demonstrates the campaign’s message: “For a younger, longer engine”, which in turn fully echoes the Group’s advertising signature: ” Committed to better energy “.

A brand ambassador since 2011, RobotQuartz delivers a message of strength and modernity. Completely redesigned and updated, it embodies Total’s cutting-edge research and technology.

This campaign is directed by the French director Thierry Poiraud. It tells a story using the codes of blockbusters, and bringing a light and comical touch to it. Indeed, RobotQuartz has to escape from an army of robot zombies (i.e. poorly maintained engines). This is how the director creates an original and refreshing campaign. This is unprecedented in the energy sector.

Present in Mauritius since May 1956, Total Mauritius Limited has a network of 47 service stations throughout the country. It supplies approximately 250,000 metric tonnes of petroleum products per year to various sectors of the economy. 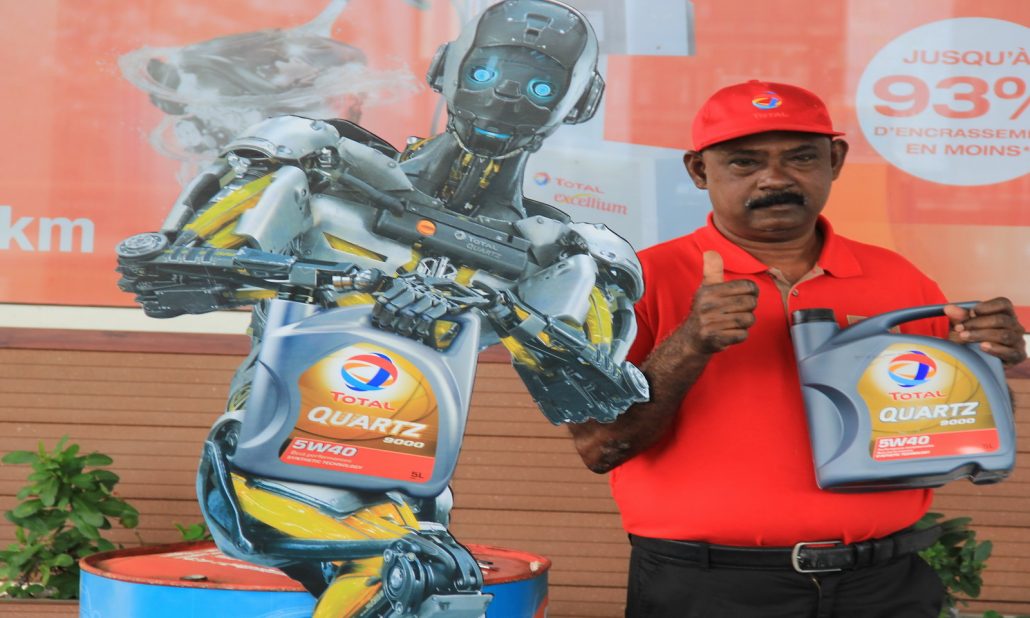 A few words about Total Lubricants

Total Lubrifiants is a world leader in the production and distribution of lubricants. It has 41 production sites around the world and more than 5,800 employees in 150 countries. Its innovative, high-performance and environmentally friendly products and services are the result of the work of its R&D centre, which is made up of more than 130 researchers. Total Lubrifiants is a key partner for players in the automotive, industrial and marine markets.

Total is a global energy company, one of the world’s leading oil and gas companies, and a major player in low-carbon energy. 98,000 employees are committed to better, safer, cleaner, more efficient, more innovative energy that is accessible to as many people as possible. With operations in more than 130 countries, Total strives to ensure that its activities have a positive economic, social and environmental impact.