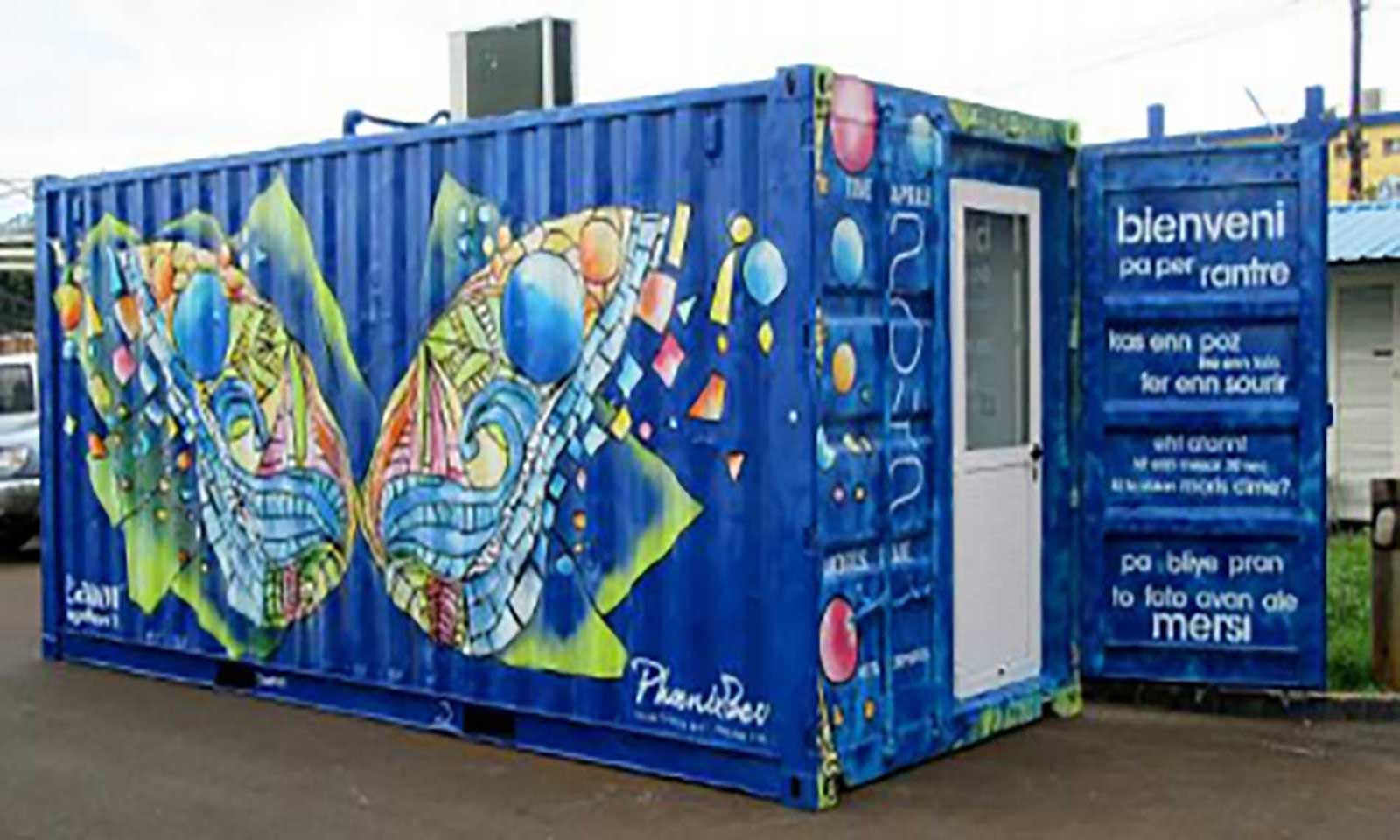 It’s not every day that we get the chance to send a message…into the future! The “Moris Dime” project, a digital time capsule, was conceived and implemented last November by the cultural engineering agency Meta-Morphosis. The capsule was launched, initially on the roads, on Friday 17 February. The capsule invites the entire Mauritian nation to be photographed as a family, and to share their Mauritian dream of tomorrow in a 30-second message.

A container was transformed by SDI International Limited into a time capsule, then dressed up in street art by artists Joshila Dhaby and Kaviraj Seewooduth Poonyth. It has a photo and recording studio set up as a lounge, and is equipped by Canon imageRunner (Mauritius). This time machine is sponsored by PhoenixBev.

The entire Mauritian nation is invited to come and share their Mauritian dream of tomorrow, through a 30-second digital message. For one year, the time capsule will travel around Mauritius and Rodrigues. The time travel has already started at the Caudan Waterfront and will continue across the country until March 2018. 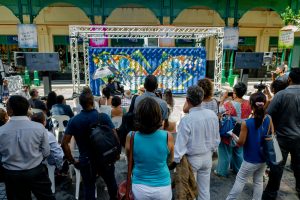 The time capsule will meet you in 2042

The testimonies collected during the journey of the container will be preserved and encapsulated in a jewel specially designed and made by Ravi Jetshan (Ravior). They will be publicly revealed to the Mauritian people in 2042, 25 years from now. In this way, everyone will be able to appreciate the wishes and promises of commitment made by today’s youth. Meta-Morphosis is known for its offbeat and artistic approach to preserving and promoting heritage, know-how and innovative crafts. Diego Buñuel (official sponsor of the capsule and Director of Documentaries at the French channel Canal+) left the first message. Capsule ambassador Jane Constance also did the honors of leaving her message in song. 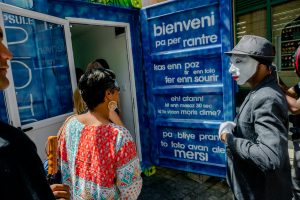 On the eve of the 25th anniversary of the Republic of Mauritius and the 50th anniversary of its independence, the island will, for 500 days, become a place of creation and expression for artists of national and international renown. ”To inscribe artistic practice in the DNA of the country, in order to build and live together, in the service of our industrial heritage, our know-how, our trades and our values”, such is the ambition of ”Moris Dime” which was officially launched on November 17 at the ”Canonnier Beachcomber”. This project, initiated by Meta-Morphosis, co-founded by Axel Ruhomaully and Franck Depaifve, and sponsored by Mrs. Ameenah Gurib-Fakim, President of the Republic of Mauritius, was born of a great ambition: to celebrate the diversity and pride of Mauritius. The aim is to preserve, enhance and transmit the memory of our heritage through a process of sharing between the generations of yesterday, today and tomorrow. 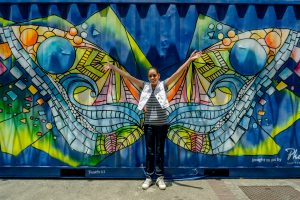 Ambassador of the project, the singer Jane Constance