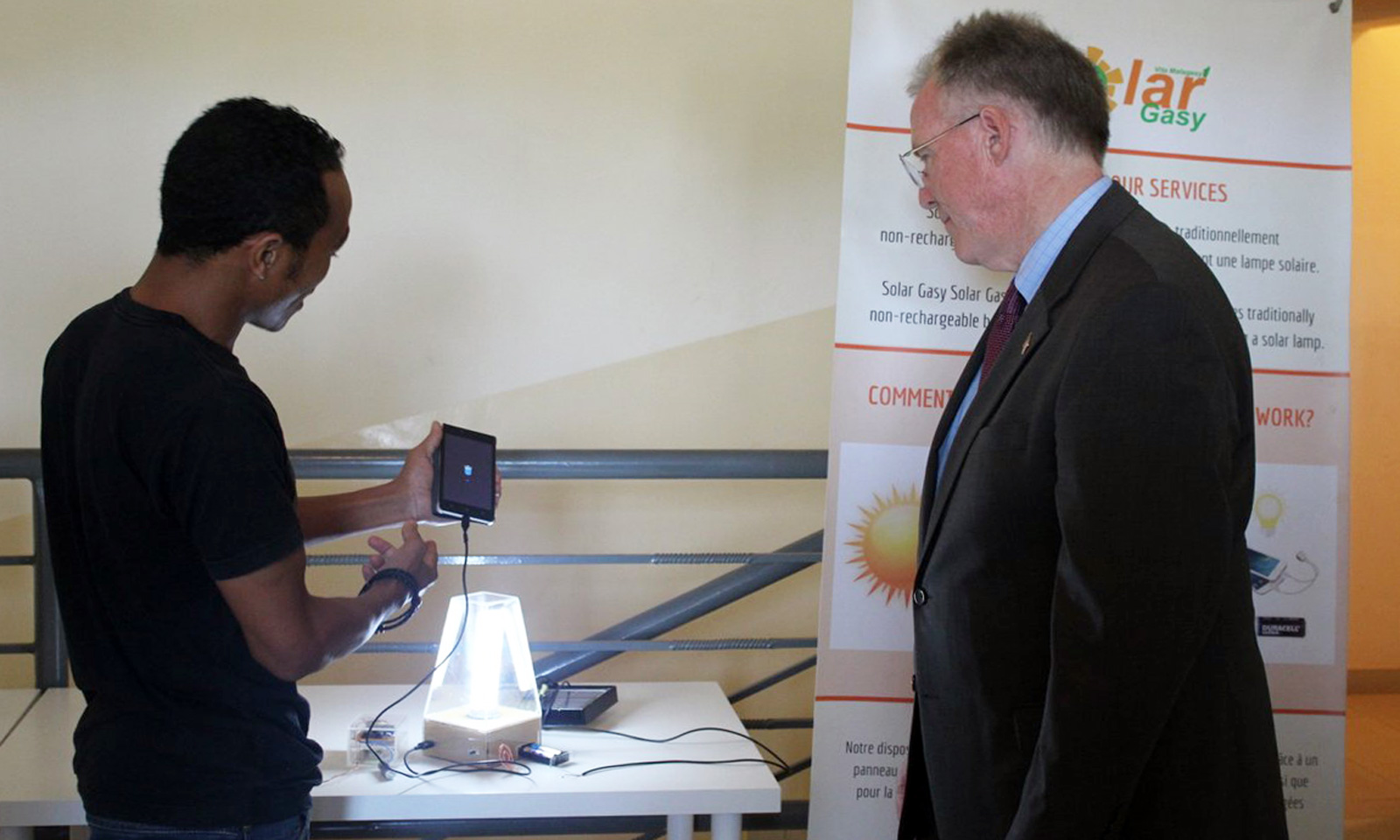 The electrification of African homes is one of the most popular topics of the moment. Indeed, a wave of zealous entrepreneurs have tackled the issue and solved it in every conceivable way. This is the case of Solar Gasy.

Solar Gasy, a lamp made in Madagascar

Allowing the Malagasy people to have access to green and sustainable electricity is a very noble ambition. It is however this aspiration that nourishes the Solar Gasy project through its solar lamp with non-rechargeable battery charger. Yes, we’re talking about those disposable batteries that once their energy runs out are good for the dumpster. Or perhaps it would be more appropriate to say “were”? 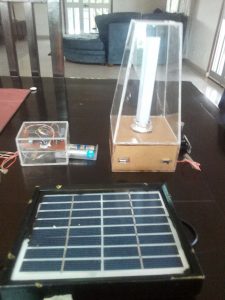 Solar Gasy, a lamp made in Madagascar.

Indeed, Solar Gasy allows to use used batteries as a solar energy storage device. In addition to the environmental issue that this discovery presents, this solar lamp developed by young Madagascans is an effective way to provide a source of green energy to the population. Who better to solve the problems of the Malagasy than the Malagasy themselves? Therefore, Solar Gasy’s ambition is to bring electricity in an innovative and unconventional way to all the households of the Big Island.

Aware that having access to energy is a priority for the development of the country, Solar Gasy distributes its solar lamps in Madagascar through its association. However, the creators of this ingenious technological innovation have the aspiration to move to a direct sale of their product in order to be able to distribute the Solar Gasy throughout the island. It is clear that the Vita Malagasy is subject to a clear improvement from a qualitative point of view and this thanks to the motivation of the rising generation. 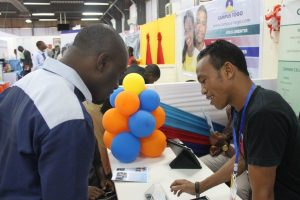 Ny Anjara Lalaina (right) explaining her project to a visitor at a trade show in Togo.

The course of Solar Gasy and its inventor: Tsinjolalaina Fetranjara

In order to make their solar lamp known, the young instigators of the Solar Gasy project participated in Who’s Next Tana, a competition for startups in the launching phase and projects that have not yet been financed with equity. Subsequently, they also participated in Africa Energy Generation Prize, a competition whose mission is “To encourage the emergence of innovative entrepreneurial projects among African youth to find sustainable and affordable electricity access solutions Made inAfrica.”
Tsinjolalaina Fetranjara, initiator of the project, unfortunately did not emerge as the winner of this competition which was won by the Ethiopian Abel Kidane and his project “Hand Crank Power”. At just 18 years old, he had the ingenious idea of creating a hand-cranked powerbank that could be charged without electricity. In second place is Ghanaian Prince Essel and his “EcoDiesel”: a project that aims to produce fuel from plastic waste. Finally, in third place, we have the Togolese Lalle Nadjagou and his “Hydro Power”, which is nothing other than a hydrogen-powered generator.

The future prospects of this lamp “Vita Malagasy

Africa Energy Generation Prize was a great opportunity for Tsinjolalaina Fetranjara whose disappointment is matched only by his determination. However, Solar Gasy still came in sixth place in the competition. This allowed the inventor to benefit from technical support for the development of his product. This was manifested in the provision of a one-year training course aimed at improving the lamp prototype as well as entrepreneurship training. 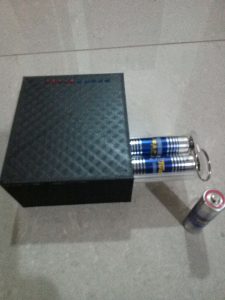 The road to success being sinuous, the young Malagasy entrepreneur has in heart to perfect his solar lamp and to propose to his future customers a product which will answer in any point their expectations. Far from being discouraged, the young inventor takes his defeat philosophically and now wants more than ever to make his product known. Knowing that the search for funding is one of the main obstacles to the realization of projects of Malagasy entrepreneurs, Solar Gasy is now the subject of a Crowdfunding campaign.

The social and environmental aspect of the Tsinjolalaina Fetranjara project is undeniable. He is certainly part of this generation of entrepreneurs who wish to bring a consequent change in the current Malagasy environment.