Tesla is hitting it big, again, we’re tempted to say, with its new semi. Soberly named Tesla Semi, the vehicle can cover about 800 km without batting an eyelid, while being more aerodynamic than a supercar!

Darth Vader, appearance, perfect illustration of the DNA of the brand … Tesla Semi accumulates the qualifiers. First presented to the American public in November 2017, the futuristically designed semi-trailer undeniably impresses. Moreover, the manufacturer had taken care to prepare the minds by explaining that it wanted to provoke a real media blitz around its 18-wheeler and it seems that it was mission accomplished.

The Tesla Semi is an all-electric, battery-powered Class 8 semi-trailer truck prototype. The latter can be recharged using a solar charging station, which is called the “Tesla Megacharger” and can recharge up to 80% in 30 minutes. Elon MUsk, Tesla’s famed CEO, said the Semi would come standard with Tesla Autopilot, which enables semi-autonomous driving on highways. 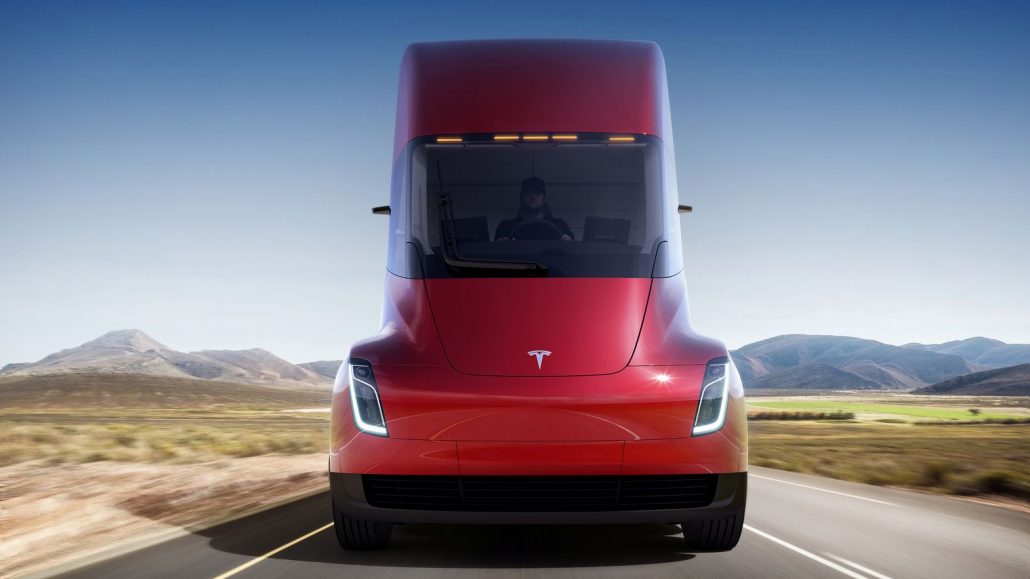 In terms of design, compared to the internal combustion engine models, Tesla Semi has sleek curves that enhance the electrical parts, including the front grille. The trunk is also located in the front, complete with a few storage points as well as access for some service repairs. The door handles are also recessed.

The sleek appearance of the Tesla trailer was made possible by installing the battery under the cab floor. The driver’s seat is much further forward than in other manufacturers. Behind the cabin, the two rear axles house electric motors on each side, for a total of four motors, which is different from existing Tesla models. The design gives the Tesla semi-trailer a lower centre of gravity than diesel-powered models, helping to increase stability at high speeds. 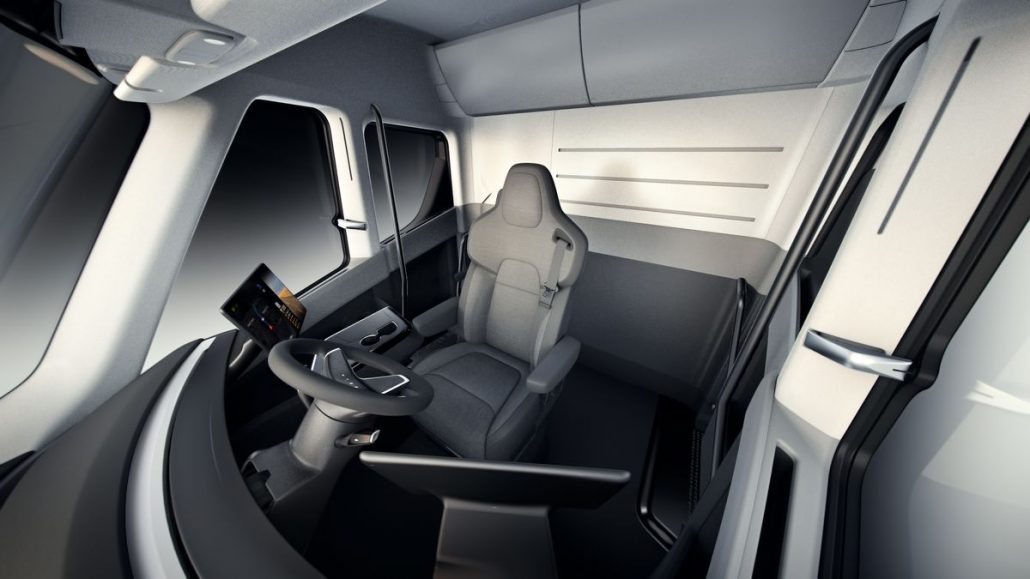 Inside, the driver’s seat is centrally mounted with a passenger behind and to the right of it. This contrasts with conventional trucks that have two seats mounted side by side, but with little room in the cab for other storage. Two screens dominate each side of the steering wheel: the one on the left controls vehicle functions and trunk-specific settings, while the one on the right is dedicated to navigation. Each interior screen shows images of the sides of the truck through cameras mounted under the vehicle.

Are the professionals seduced?

Tesla is also planning a “Founders Series” version that will cost $200,000. However, the specifics of this series have not yet been communicated. 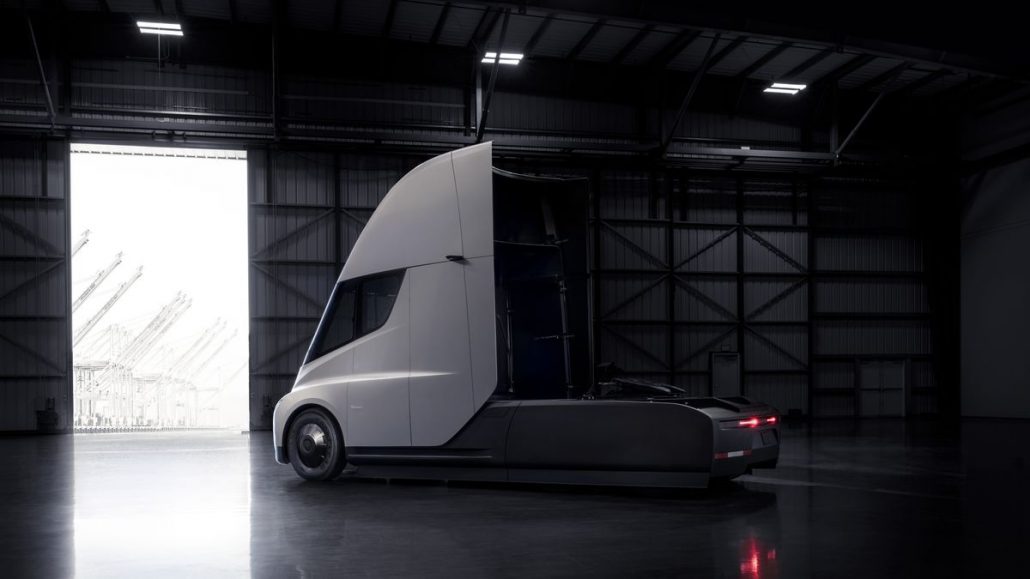 With all this data in hand, will the freight truck market fall for it? Will we soon be able to see hordes of Tesla Semis driving with panache on roads around the world? The question remains, as Tesla has introduced the beast in the shadow of its SpaceX Falcon 9 rocket, Hyperloop tunnel or even its first mainstream car.

In any case, Telsa has already received an order for four trucks from Meijer Inc, an American supermarket chain. A case to be followed very closely…