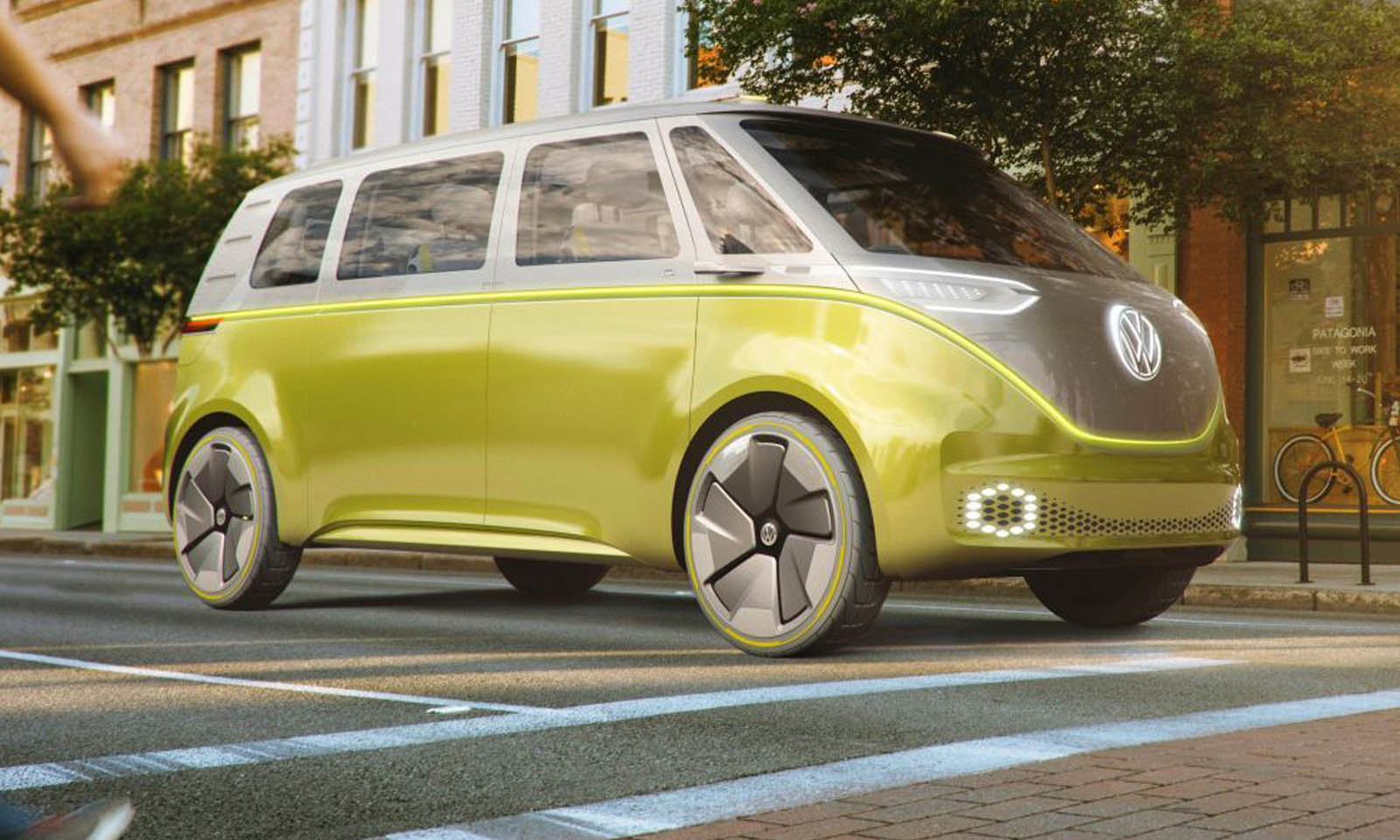 The legendary Volkswagen Combi has been given a makeover and is about to return in all-electric mode. The hippies’ favourite vehicle will soon rise from the ashes with a reworked design and improvements for marketing by 2022.

Earlier this year, Volkswagen introduced the ID Buzz, a new all-electronic vehicle concept based on Volkswagen’s 1960s minibus. The project was well received, so much so that the German automaker decided to go ahead with the idea and put it into production. In the best of all worlds, the electric minibus is expected to reach dealerships by 2022, with North America, Europe and Asia being the main markets. Volkswagen’s CEO of the North American region, Hinrich J. Woebcken, announced in a written statement that the vehicle brings more than just nostalgia. ” We are delighted that our parent company has made the decision to produce the I.D Buzz. This vehicle is the perfect balance between emotion and sustainability, while showcasing our technological leadership. This vehicle with 60’s inspired styling, semi-automatic driving and the option of integrated four-wheel drive, all in an attractive design : this is exactly what our customers want from us. ” 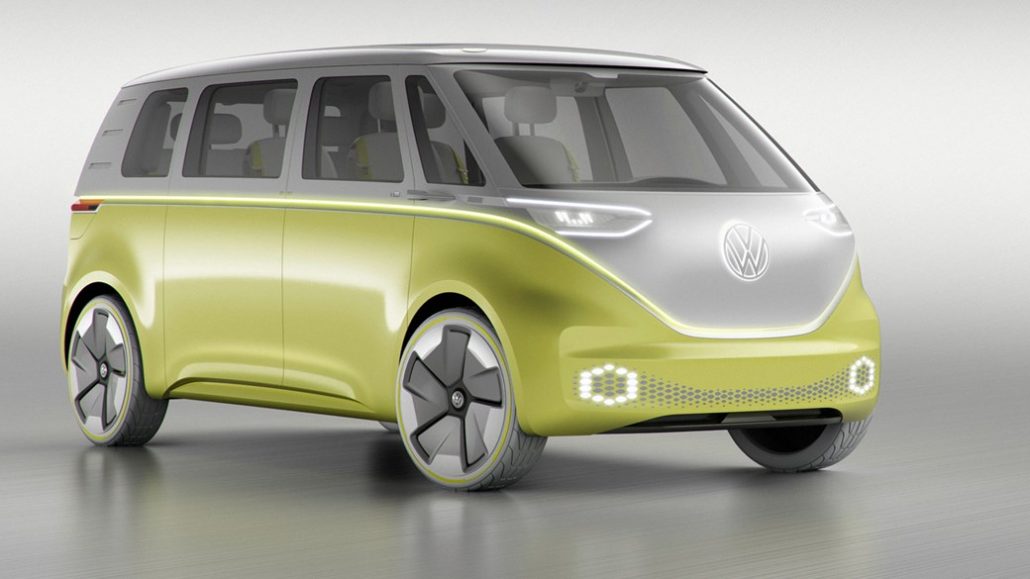 Combi Volkswagen 2022 : a reinvented electric version and inspired by the Californian Way of Life

This new generation van will have the particularity of being electric. A very good news for Volkswagen when we remember the scandal caused by the discovery of various techniques to fraudulently reduce the projections pollutants of some of their diesel and gasoline engines.

The model, presented at the Detroit Auto Show, is expected to combine some of the features of the concept that will be put into production and marketed in 2022. This one will have an all-wheel drive system with up to 369 horsepower to go from 0 to 96 km/h in five seconds. With a   battery of 111 kWh, Volkswagen has announced a range of 600 kilometers in NEDC cycle, and a recharging capacity of 150 kW in Combo CCS. 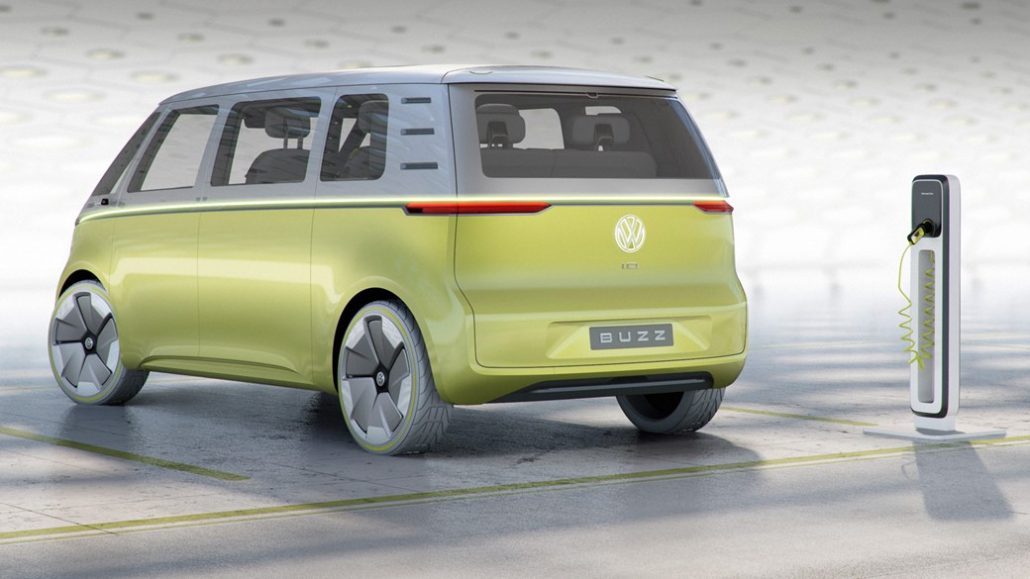 Volkswagen adds that the batteries will be housed under the floor, freeing up two luggage compartments at the front and rear. In terms of design, there’s a bit of a revival, with a few nods to its ancestor, , such as the big logo on the front and the window band. Equipped for automatic driving, the vehicle will also be available in a manual version.

The fusion of nostalgic ambiance and electric  is the main touch of the vehicle, but Volkswagen mentions that the electric power should make it very practical. Since it doesn’t need a giant gas engine, it can carry as many passengers as a large SUV the size of a compact commercial truck. 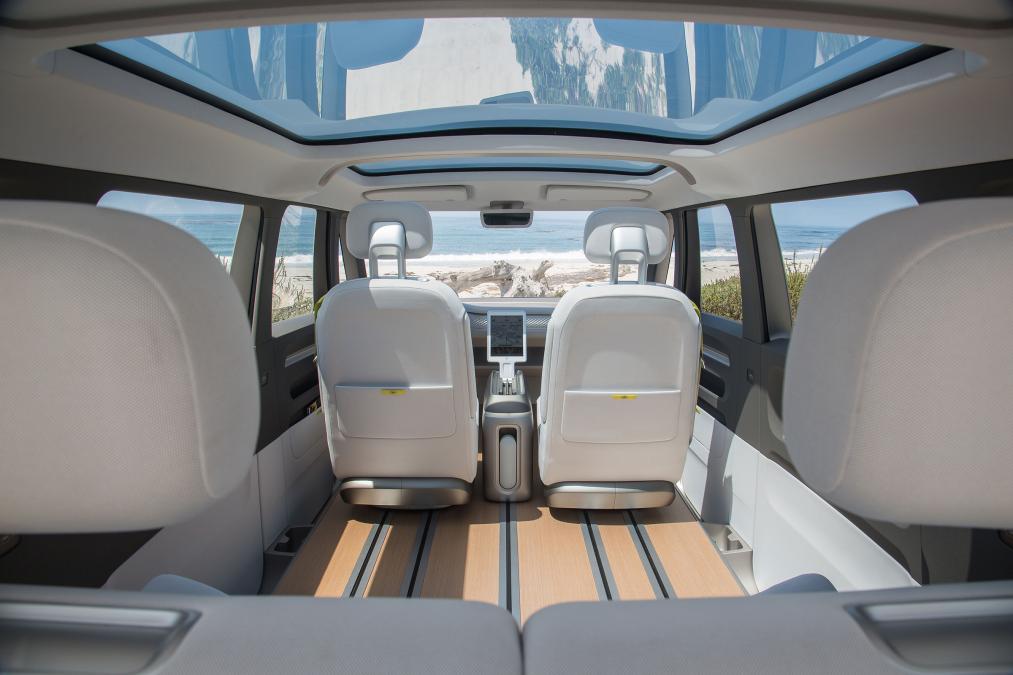 If the information provided by the manufacturer proves to be correct, Volkswagen aims to produce the ID Buzz precisely because it is based on the same design as the other ID cars, and is therefore much less expensive to build.

After its last misadventures, Volkswagen has finally decided to sell us a dream and we are impatient to see this mythical van on the Mauritian roads.