Are you reading this article on your broken smartphone screen? What if all it took was a touch of your fingers to make it like new again? A not so utopian dream since a team of Japanese scientists has just invented a smartphone screen that repairs itself!

The discovery of a miracle material: self-healing glass

Yu Yanagisawa, a doctoral student at the University of Tokyo’s Department of Chemistry and Biotechnology, discovered the miracle material by chance while trying to make a glue that could work on a wet surface. All the Japanese researcher had to do was press together two pieces of his fabrication for about 30 seconds for the material to become a block again. The glass regained its original strength only two hours later.

This material is made from a transparent, low-mass polymer, “polyether-thiourea”, which uses the hydrogen bonding component thiourea to give the glass its self-adhesive properties. 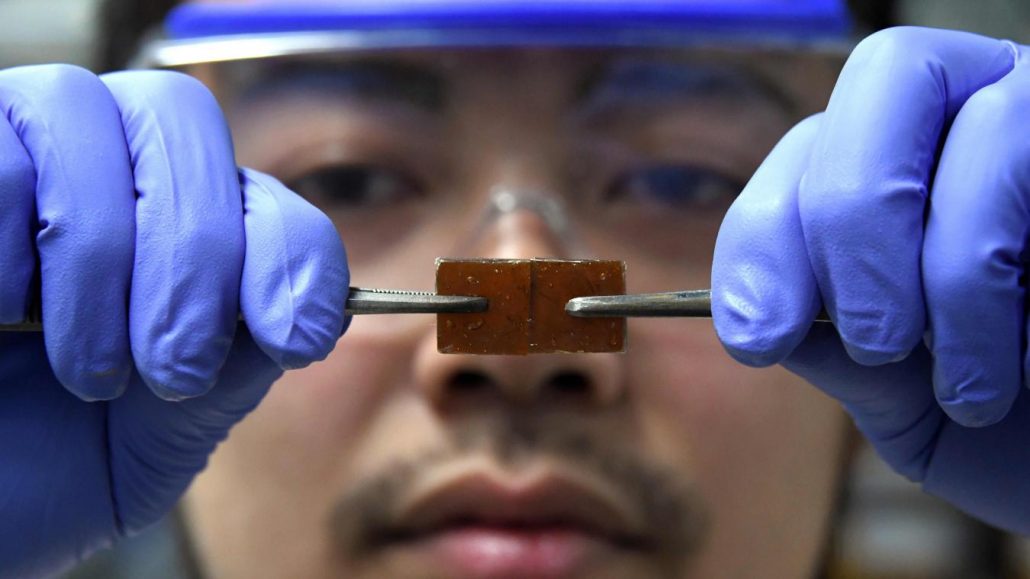 Before Yu Yanagisawa’s discovery, there were already rubbers and gels capable of plugging their holes by themselves and filling their scratches. In 2015, LG had integrated a substance into the back of its G Flex 2 smartphone that could repair small cracks. The South Korean manufacturer had indeed not been able to integrate this material to the screen of the smartphone because it did not conduct electricity.

Last year, American researchers from the University of California made a breakthrough in this area by developing the first conductive polymer capable of stretching to fifty times its size and repairing its own cracks in 24 hours. But these materials have been soft until now, with properties that deteriorate under high humidity conditions.

This new polymer is different because it is both strong like glass and capable of self-healing. Until now, it was thought impossible to reconcile these two capabilities in modified compounds. « High mechanical strength and healing ability tend to be mutually exclusive. In most cases, high temperatures – in the order of 120°C – must be reached before the fractured portions can be repaired “, explain the researchers in their study, published in the prestigious American journal Science. Unlike other rigid materials of the same type, the repair of this polymer is therefore carried out at room temperature and by simple pressure of the finger for about thirty seconds only. Its extremely high self-healing speed sets it above other previously developed materials.

An ecological material coveted by manufacturers

This prototype of an anti-regenerative screen will make people happy in the years to come. Indeed, screens are fragile: 21.7% of smartphones used in the UK have a partially broken screen according to specialist repairer iMend. But on top of that, they are expensive to repair: it costs more than 300€ just to change the screen of the latest iPhone, for example. Screen breakage is one of the primary reasons for replacing a smartphone.

All in all, broken screens are a nuisance, both for consumers and the environment: ” I hope that this repairable glass will become a new eco-friendly material that will avoid having to throw away devices as soon as they break,” said Yu Yanagisawa. However, it is not certain that smartphone manufacturers, who are charging more and more for screen replacements, will find it worthwhile to use this type of glass. 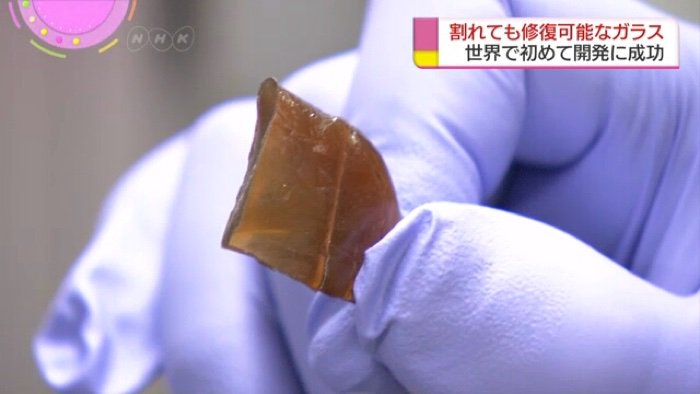 Self-healing materials are also an important area of research and development worldwide for areas other than telephone displays. They would, for example, prevent the appearance of micro-cracks in industrial parts that could expand over time, leading to accidents. Another area where self-healing materials could be of great use is in medicine. But they could also revolutionize the manufacture of toys, tableware or car headlights.

While today we are forced to throw away these objects as soon as they break, in the near future we could repair them with a simple touch of the finger.