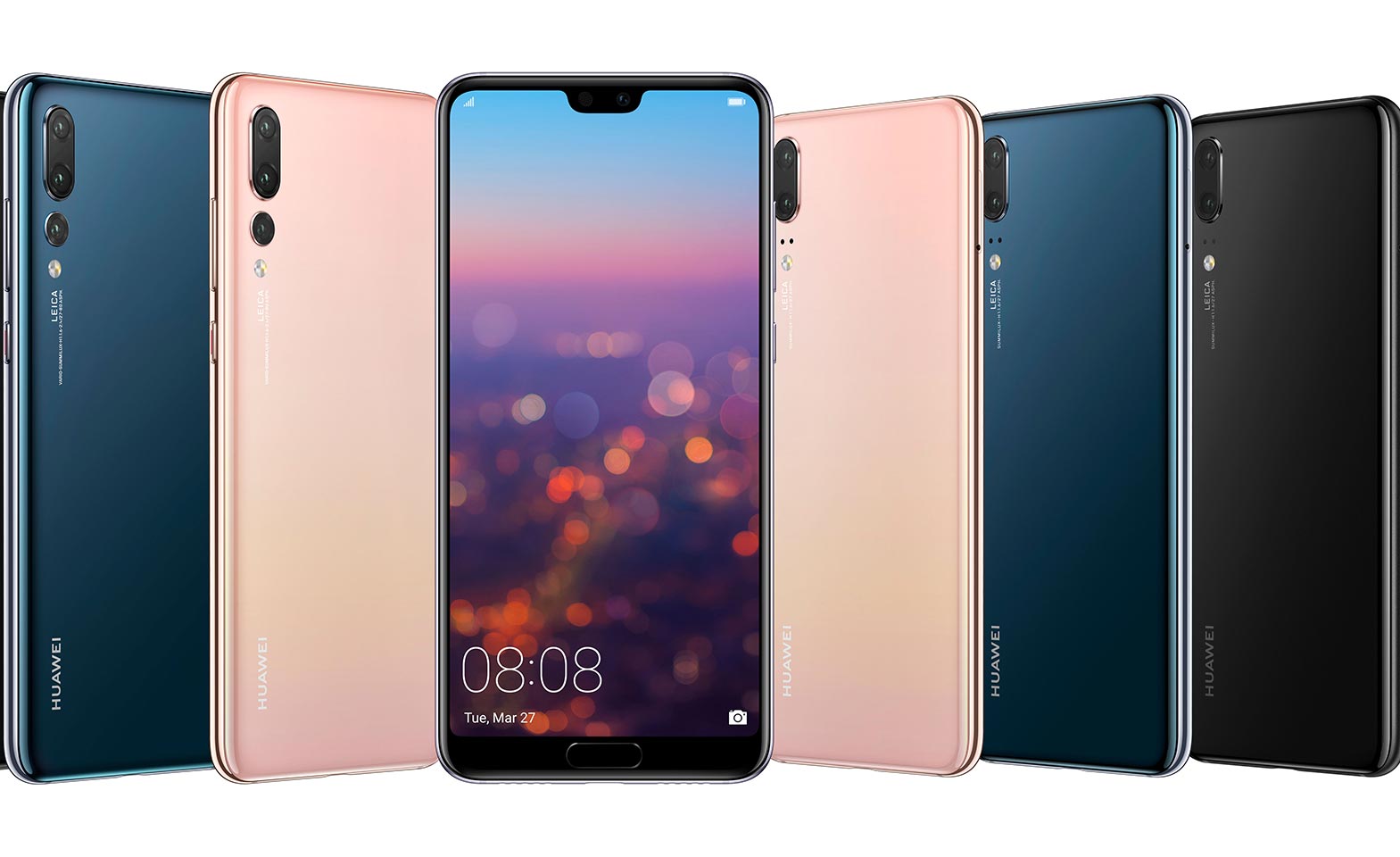 With the P20, Huawei is in the top 3 of high-end smartphones. The Huawei P20 enjoyed an exclusive launch at the Grand Palais in Paris on Tuesday, March 27. AI is an integral part of this smartphone, making it a direct competitor to Samsung and Apple.

The high-end smartphone list is growing with the arrival of the Huawei P20, available in three versions: the Huawei P20, the P20 Pro and the P20 Lite. At first glance, the P20 itself seems uninteresting, even though it retains some excellent photography credentials. Things are moving, however, with the P20 Lite, which titillates the entry-level market.

The official presentation of these three versions of the Huawei P20 was all about design and performance. Huawei’s CEO, Richard Yu, demonstrated the legitimacy of the brand’s ranking in the global smartphone market, on the third step, just behind Apple.

“We draw inspiration from artists to continuously evolve our approach to design and innovation,” said Richard Yu, CEO of Huawei Consumer Business Group.

Huawei P20s that want to be revolutionary! 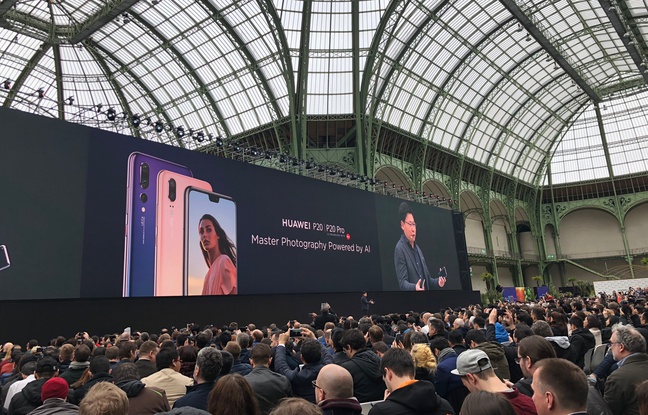 To compete with Samsung and Apple, Huawei had to include features that were superior to those offered by the manufacturers’ smartphones. So what does the Huawei P20 range look like? The standard P20 is an ultra-thin smartphone with a 5.8-inch LCD display, a 6.1-inch OLED display and a 400mAh battery for the P20 Pro. On the other hand, the P20 Lite comes with a 5.84-inch LCD display. In all cases, these screens cover a large part of the front face, uncovering however a thick border on the bottom.

On the internal memory side, the Huawei P20 Pro comes with 6GB of RAM as opposed to 4GB of RAM for the regular P20.

However, this new model has a special feature that defies all competition: the integration of Artificial Intelligence (AI). More concretely, AI will improve many features starting with the camera, a major asset of the P20. For example, the P20 Pro has a 40 MP triple sensor and an ISO of 1021400 px compared to 6400 for the S9 and iPhone X.

Huawei has confirmed the extraordinary capabilities of the triple camera sensor that powers the Pro variant of the smartphone. The simple P20, meanwhile, also has a comfortable lead over the competition in this regard.

To better understand the different features of the new Huawei smartphone lineup, here is the spec sheet: 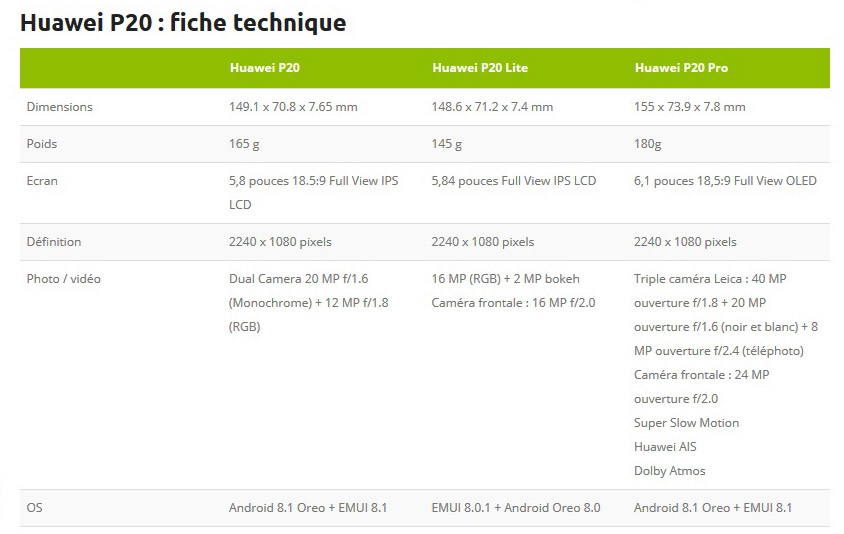 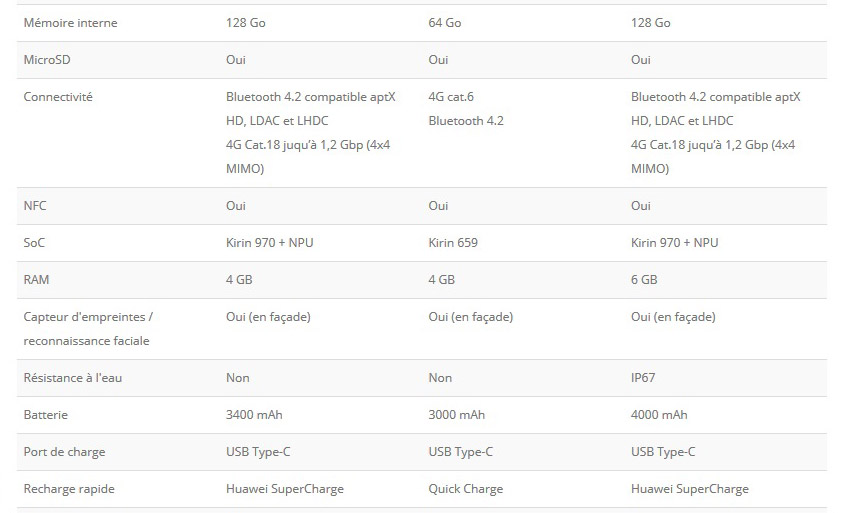 A new range of smartphones that will appeal to photographers and selfies enthusiasts in particular, not to mention its many other assets … Samsung and Apple had better get ready to wage a particularly fierce battle on the market of smart mobile phones!