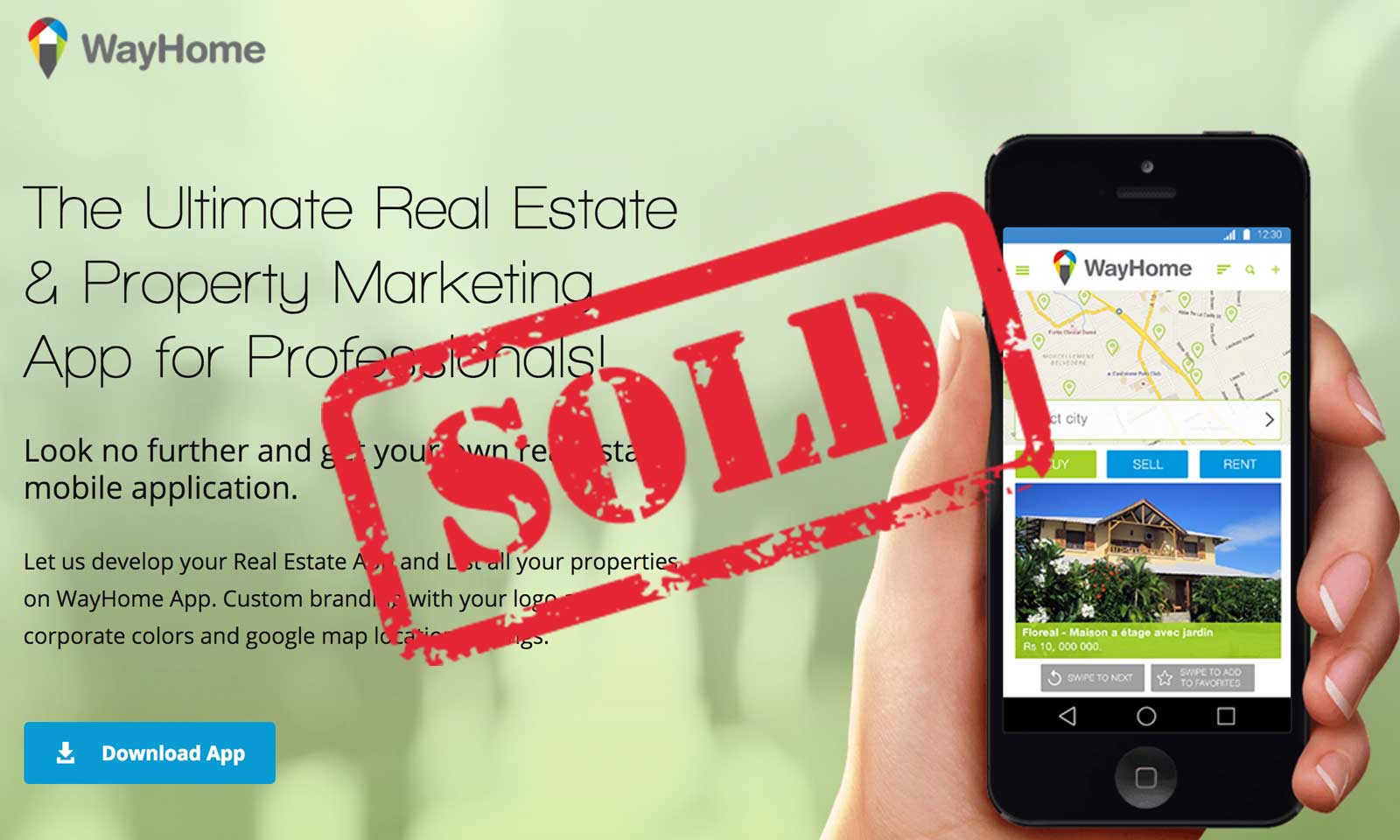 Some time ago, we had already reported the story of this mobile application, tinder like, to find properties to rent or buy in Mauritius and its creator Olivier Thomas.

In a note on Facebook, Olivier told us a story that moved us and that is a source of inspiration for any entrepreneur in Mauritius. The article is no longer online (but on the internet, nothing really disappears), so we asked him for permission to reproduce it in an article. We are happy to give it to you below, in its integral version (translated from English), because it would have been a real shame for such a beautiful testimony to be lost. Enjoy 🙂

People hear my name, but do they know who I am or even where I come from?

I would have loved to start this story in an extraordinary way, but this is just my story that I’m going to share with you today. 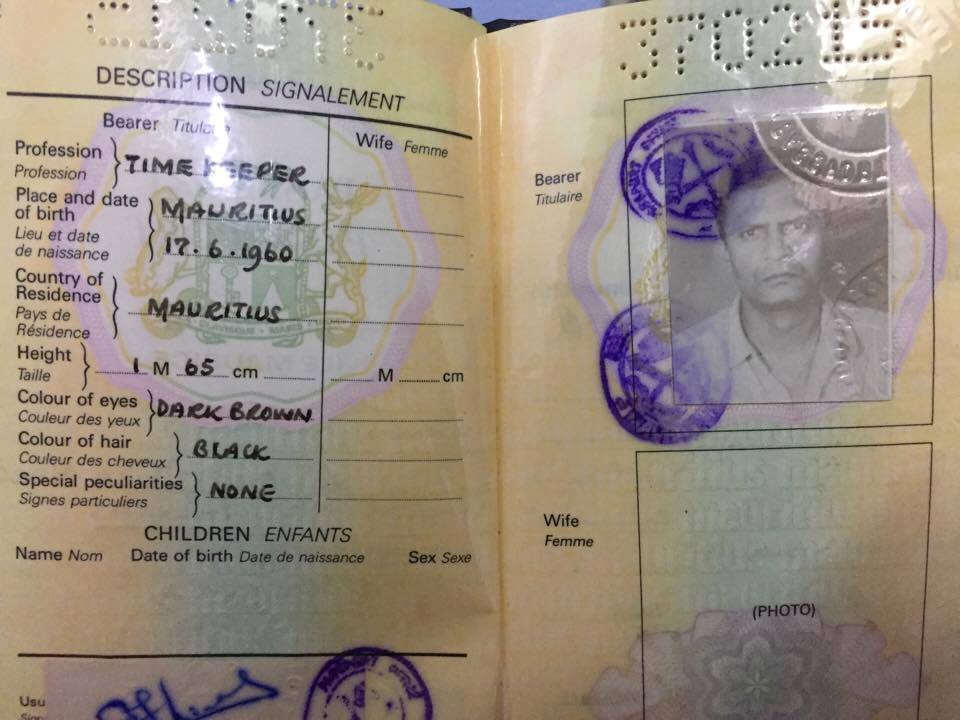 Serge Thomas, my father, from what I have heard, was an intelligent man and dedicated to his work. He met my mother, Lilette Albert, who was studying in Mauritius. Mum was a beautiful woman, who came from that resplendent little island, Rodrigues, a conglomerate in the Republic of Mauritius.

Serge and Lilette had a beautiful wedding. Mom got pregnant in the first year, and little Oliver Michael Thomas was on his way. What intense joy this news already brought to the family. With ancestors from Mozambique, India and France, I was going to be a real mix. A true Mauritian. I was born on May 28, 1993, to two parents who were really in love with each other. 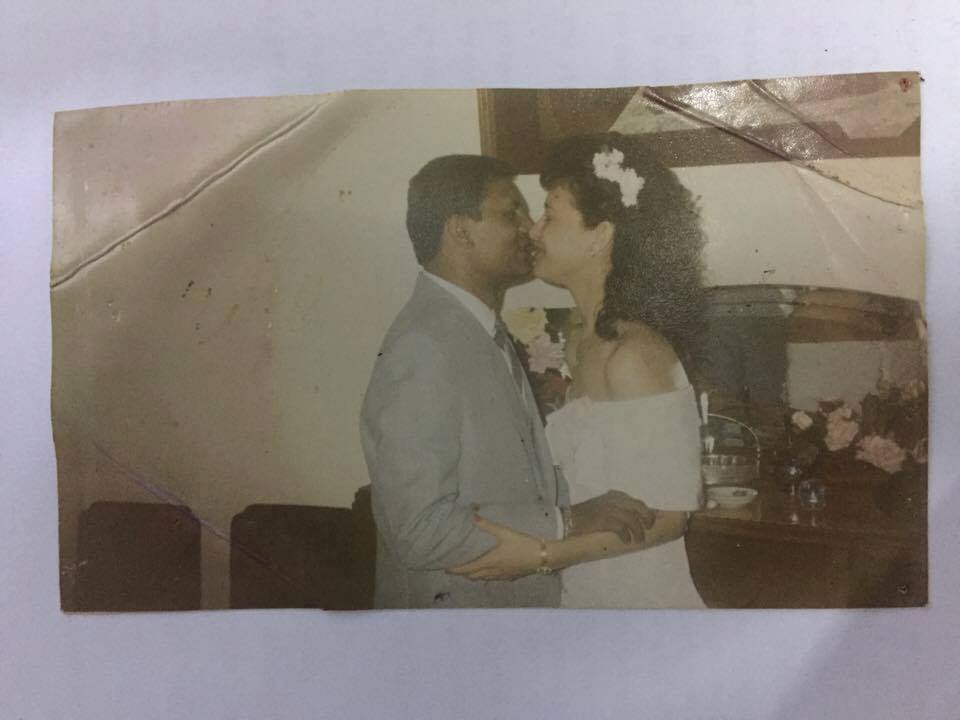 A few months after I was born, Dad had surgery for throat cancer. I was only 9 months old, so I don’t really remember this period, which must have been particularly difficult for my family. It must have been terrible for my mother, who, after only two years of marriage, was already a widow. Dad was a foreman in the F.U.E.L. sugar factory. After Dad’s death, Mom bought an apartment in Beau Bassin, with the money she had received for my father’s pension. 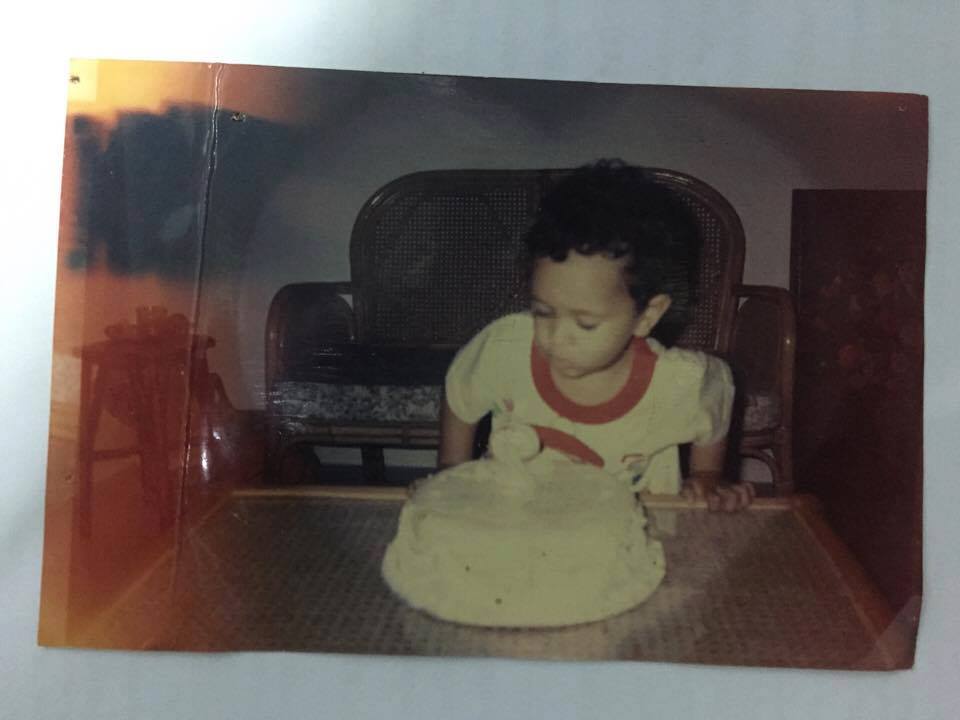 Christmas was “my” party. Mom did everything to make me happy. I have a lot of memories from that period, whether it was helicopters or replica race cars, I always broke everything after a few days. We were happy, until Mom started to feel bad. She could no longer walk up the stairs in our apartment without stopping every 2 minutes. I had to wait for him and that annoyed me. I remember the day Mom got sick and passed out. The little 5 year old boy that I was ran to the neighbor’s house to ask for help.

Mom was then diagnosed with a tumor. I was still a child and she worked hard to give me the best. She ended up joining my father a little later, leaving a 5 year old boy at the mercy of the world. I was then adopted by my aunt and uncle. My new dad, a police officer, took great care of me, giving me all the attention and guidance I needed. Reaching the age of 15, in the midst of my rebellious teenage years, I started drinking, smoking and even became a pro at drying out, until my uncle discovered my little ploy. 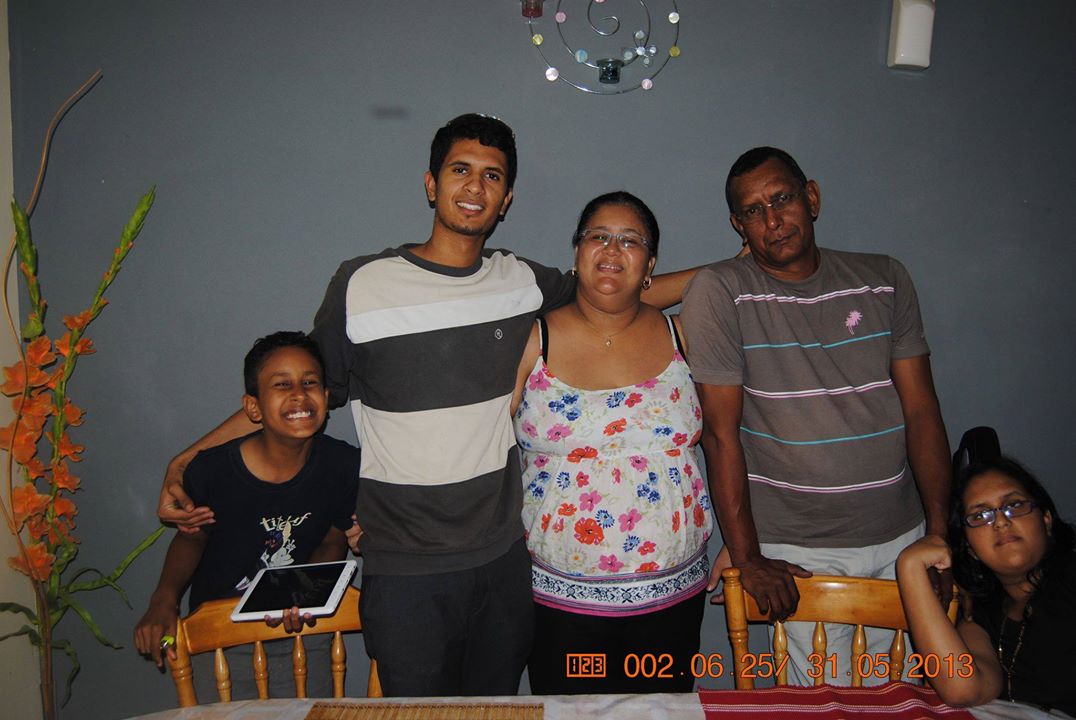 I moved to my uncle’s house in Curepipe, changed schools from public to private. It didn’t take long for the changes to be felt. I used to be at the bottom of the class, but with the necessary help from Morning Star School, I made huge progress in the first year, and became top of my class in the second year. I went to church every Sunday. I sold pancakes and washed cars during my school holidays until the age of 17 when I left school to work for a tour operator. I wanted to get into the working world because, for me, the best school was the field. I studied marketing part-time at the Charles Telfair Institute, while working part-time. From there, I worked in different sectors such as insurance, catering and car rental.

When I was 19, I fell so hard for a girl that I ended up proposing to her, against the wishes of both our families, because she was 7 years older than me. She finally left me, I was heartbroken and empty. I fell into a deep depression, even thinking of ending my life. I left my job, my church and my home to go live alone.

I lived a wild life for several months before I was offered a job as a receptionist at the Dinarobin Hotel. I accepted, not without difficulty, but it was the beginning of a new life with a healthy foundation, and with the help of my whole family, I was out of danger. I worked there for a year.

I then got a better job at Sofap Ltd. However, the director fired me because she didn’t like me. It was after I was fired that I got the idea to start my own business, creating the Wayhome app. I worked full time in this business, and I put all my savings together, borrowed from people around me for this project. After several articles in Business Mag, l’Express and ICT.io, I finally found a good opportunity to sell Wayhome. It was one of the best days of my life. I had the feeling that this idea, which I worked on to make it concrete, was appreciated by someone else, and that this person was willing to buy it. 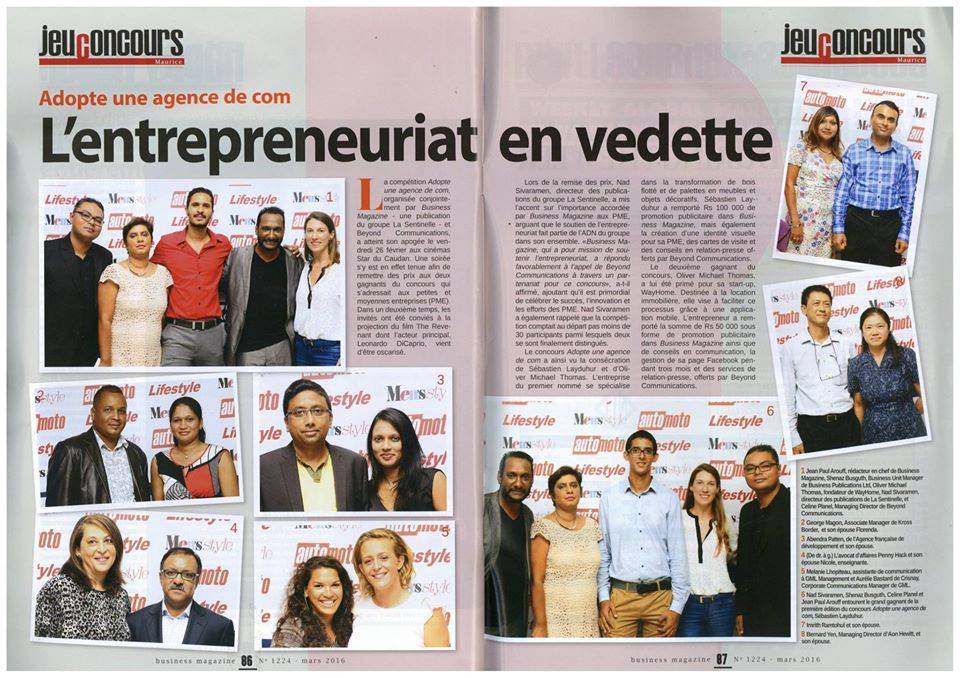 During the creation of my application, I had a lot of trouble supporting myself, and didn’t even have enough to eat. Even funnier, to go out with my girlfriend, I borrowed money from my best friends: thanks to you friends.

Did you think that was the worst? While she was still alive, my mother had taken a loan of Rs 200,000 from MHC.ltd to do some renovations in the house she left shortly before her death. The bank’s insurance refused to pay the balance after his death. So I inherited this debt that has grown over the years. In 2016, my house was going to be foreclosed, I was 21 years old and owed almost half a million rupees. I sold the house just in time and paid off my debts.

I stayed strong as usual. I always wanted to be a lawyer, but I never had enough money to finance my studies. With the sale of my app and the money left over after I paid off my debt, I was able to start my studies. I am now a proud law student at the University of London, and more than happy to be living part of my dream.

After a lot of hard work, dedication and willpower, I now have enough money to pay for my education, I even have a car (quite old, I must say, but still), a nice boat, and a house soon to be built on the West Island. All this at the age of 24, but the road is still long. 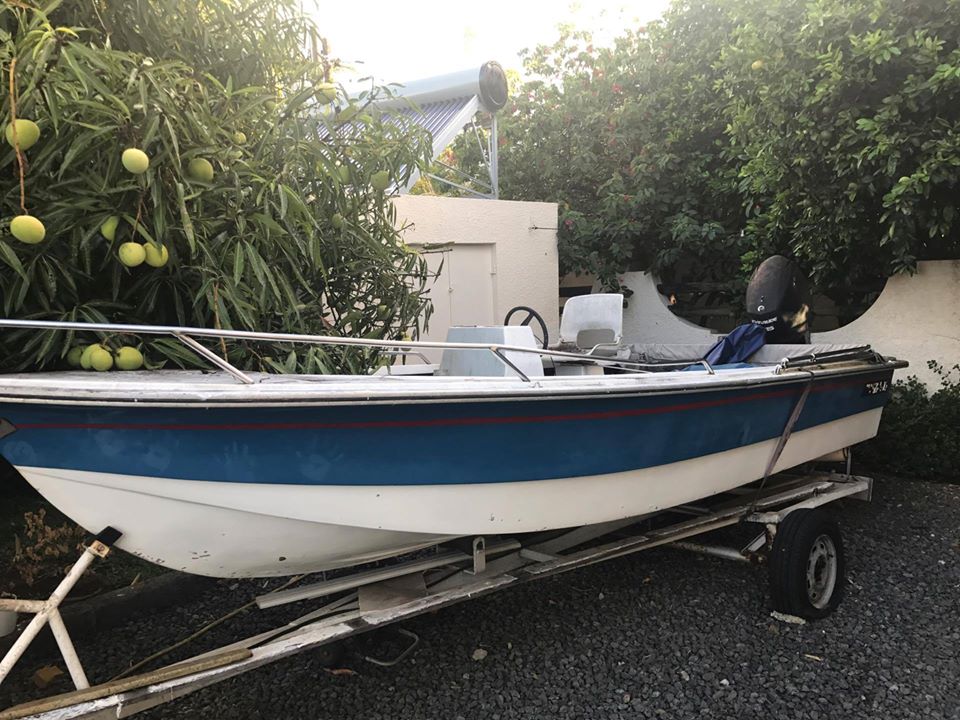 If I write this post it is not to brag about how little I have, but only to encourage young people to always keep moving forward in life despite the hardships, to take things positively and most importantly, to always be eager to achieve and empower themselves to get what they want.

My goal is to be the Prime Minister of Mauritius. It may sound absurd, but I really believe it. We’ll see what happens, but I’m determined to become one.

There’s a lot more to say, but it’s almost 2 a.m. and I have work to do tomorrow. I’ll end on that note, thanks for reading my post. Write to me if you want to know more.