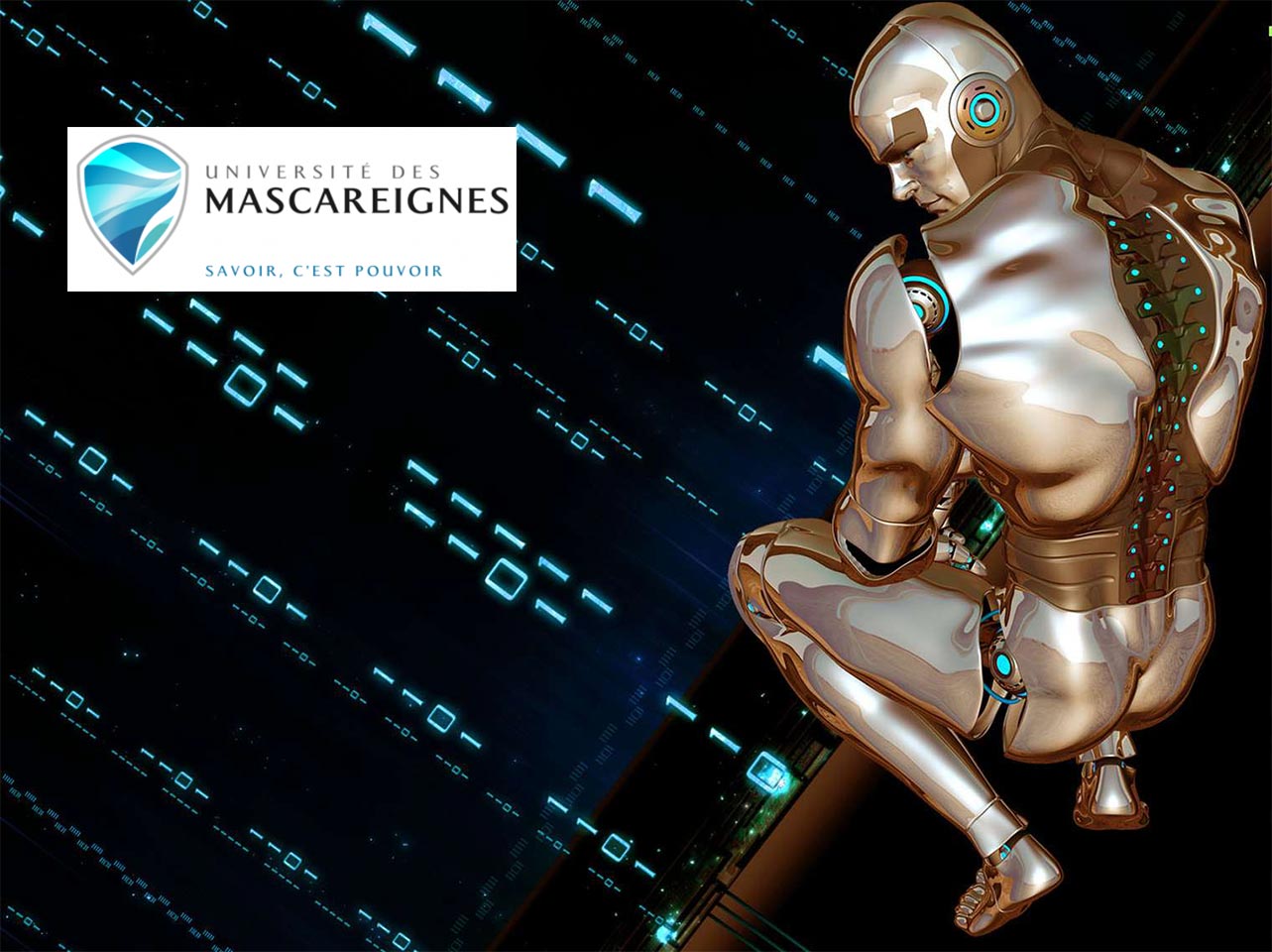 Artificial intelligence and augmented reality, two technological advances that attract covetousness! Artificial intelligence, more precisely robotics, is booming… Learning about this discipline, or even perfecting one’s knowledge in this field, is therefore important. Faced with such an observation, the University of Mascareignes launched a robotics club on Friday 11 May.

With the emergence of new technologies and the high demand for skills in the field, young people looking for a career path must ask themselves what paths they can take to enter the technology sector. For example, robotics is one of those technologies in need of skills! Training courses and workshops should be created to improve the knowledge of those involved in this discipline.

Recognising the potential of this sector, the University of Mascarene (UdM), one of the leading institutions of higher learning in Mauritius, launched a robotics club on Friday 11 May at a workshop. The objective of this club, an initiative of the head of the department of electromechanical engineering and automation (GEMA), is to provide all UdM students with knowledge on robotics and to lead to internal competitions. An initiative that should lead to a national competition in the field of robotics. 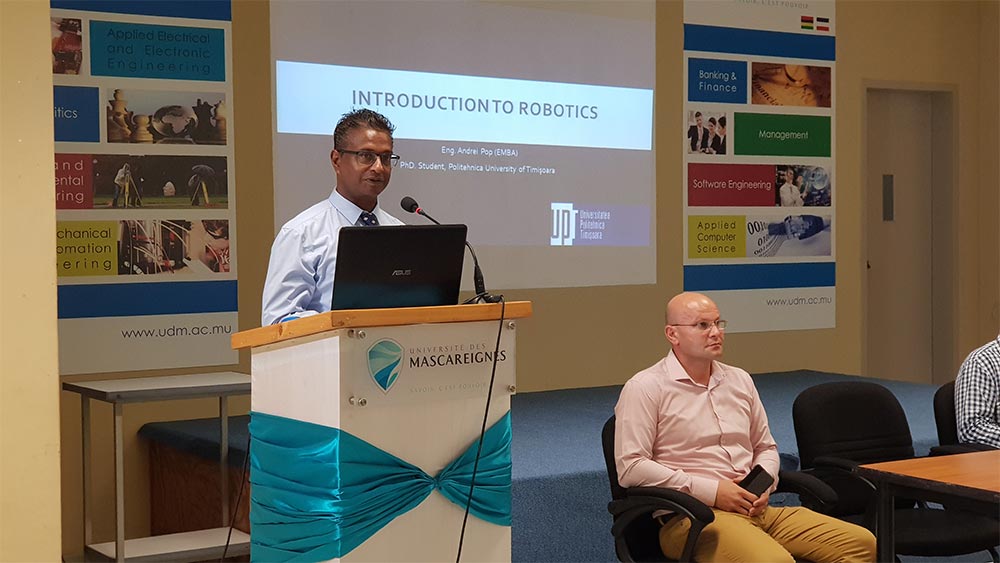 “Robotics is changing the world in a radical way. The purpose of starting a robotics club is to have a team that can contribute to research in this revolutionary field. The club will serve as a platform for sharing knowledge on robotics, especially since, in my opinion, the best way to learn is to teach,” pointed out Dr Radhakrishna Somanah, Director General of UdM.

An idea that is not new!

As mentioned above, the creation of a robotics club in this tertiary institution is an initiative of Kesseven Cunden, Head of the Department of the Faculty of Electromechanical Engineering and Automation (GEMA). An idea that germinated in the mind of the latter in 2017, adopted by his colleagues and especially leaders of the University of the Mascarene.

However, it was only this year that the project was set up with the visit of a Romanian robotics expert, Andrei Pop, who came to share his knowledge in the field.

At the launch of the club, Andrei Pop reminded us of the three basic rules of robotics: imagination, knowledge and work.

“These are three essential ingredients for creation in the field of robotics. The workshop will serve as an introduction to the various fields related to robotics and will provide students with the necessary tools to grasp this very special world for themselves,” he emphasizes. 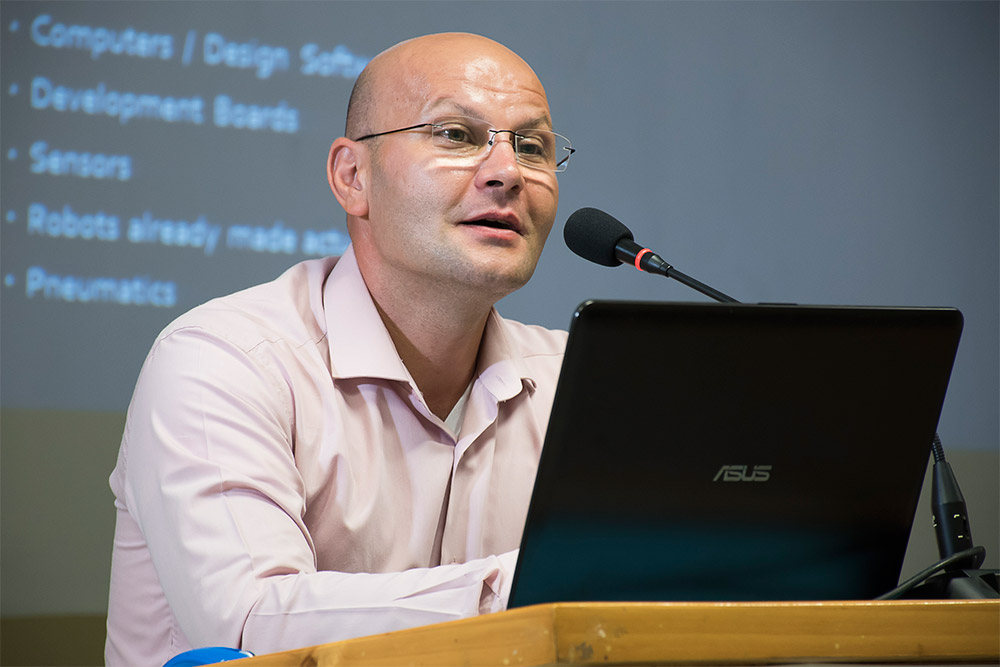 With this club, robotics has a promising future in the country’s student community. The meetings of the club at UdM will be held during the students’ free time, so that they can learn about the latest developments in the field. Meetings between members, during which sharing will be the key word, should also allow them to gather their ideas in order to organize activities such as inter-faculty competitions.

“Initially, the club will be responsible for finding the equipment necessary for creation in the field of robotics and for providing students with knowledge on the subject. Eventually, the UdM Robotics Club should, in addition to popularizing this exciting field, lead to competitions between different faculties of the university. The initiators of this club also hope to lead to a national robotics competition and a joint project bringing together the expertise of the various faculties of the UdM,” explained Kesseven Cunden.