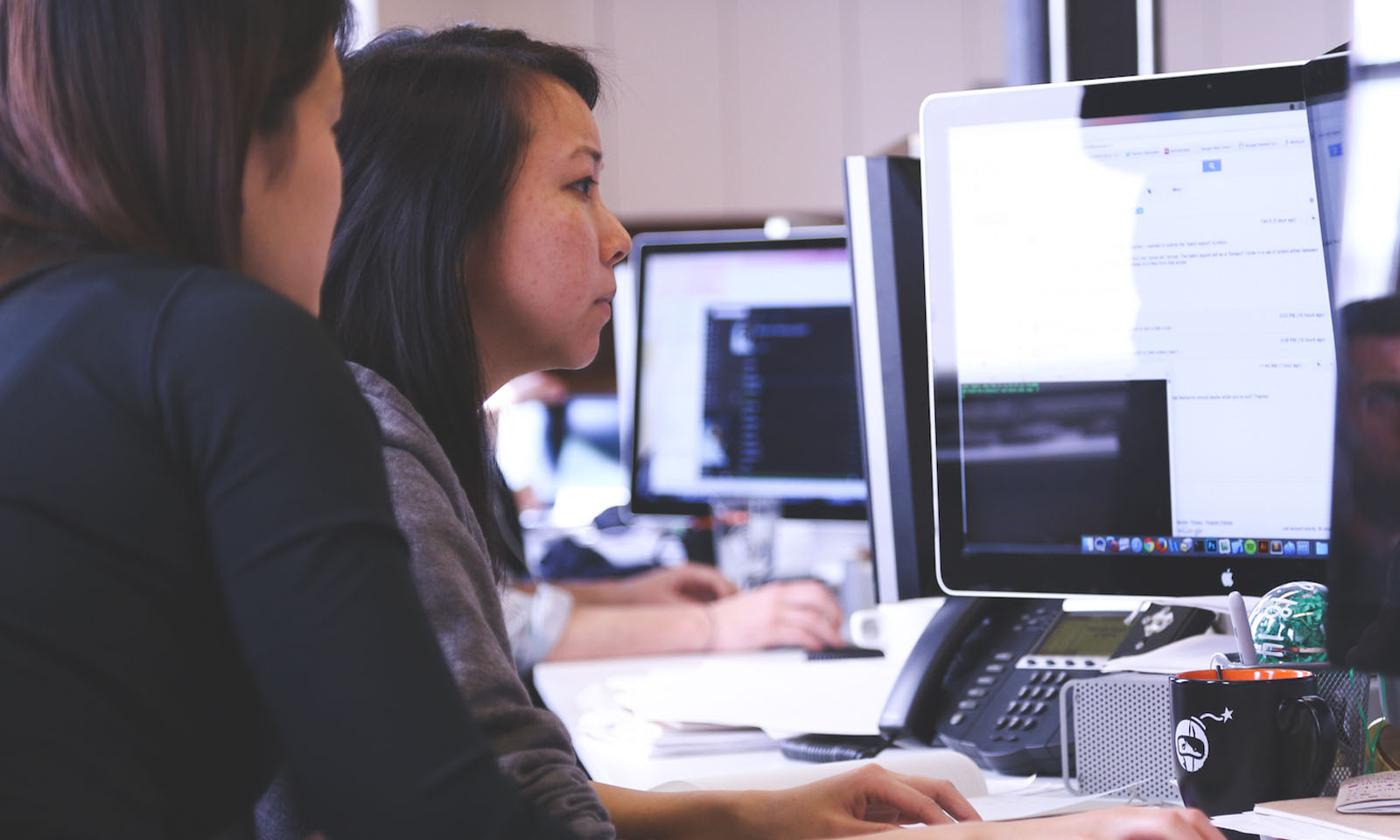 Her name is Ratsisetraina Dina Valisoa and she defines herself as a young all-rounder. Director and host of a local show about video games and geek culture, she talks to us today about the new Women In Tech Madagascar event: a 3-month training course in video game development.

A common core, a choice of orientation and teamwork…

Women In Tech Madagascar is an association of women in the technology sector. The association has recently received support from FRIDA The Young Feminist Fund: an international initiative that supports and connects young women around the world. Women In Tech Madagascar then evaluated several options before deciding to provide video game development training to young Malagasy girls.

“Personally, being in the video game business for a long time, I noticed that many young people wanted to create their own games. However, due to the lack of means or support for courses, it was difficult for the majority to do so in self-taught” says Ratsisetraina Dina Valisoa.

The training is intended for girls under 25 years of age who have some knowledge of mathematics. Knowledge in this field is indeed essential for those who wish to participate. Ratsisetraina Dina Valisoa specifies that :

“…for this training, the girls don’t need to have a basic knowledge of programming. On the other hand, a good level in mathematics is important for the trainers, because they will really learn everything from the beginning. In the development of a video game, we can find ourselves confronted with problems that we will have to solve with notions of logic or functions.”

At present, the training starts with a common core which lasts 4 sessions. It is indeed a question for the students of acquiring the bases of the development of the video games.

At the end of this core curriculum, they will choose an orientation, either in graphic design or in programming. Students are required to choose one option, but can also take both if they wish. In order to develop their games, they will then have to work in teams. 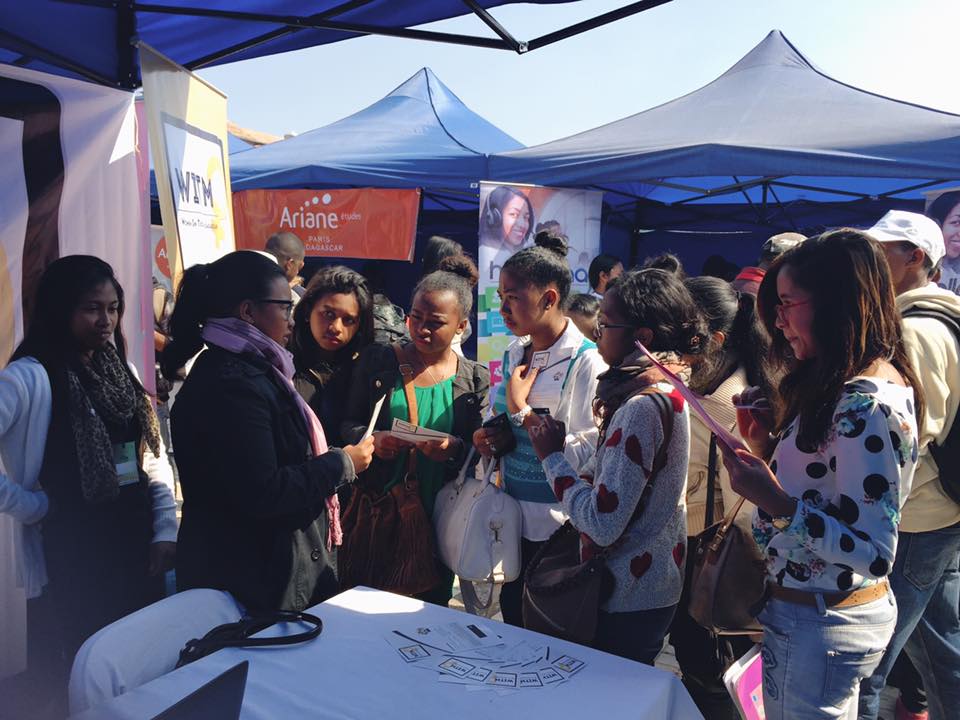 Proving the ability of girls to work in technology :

Orientation in graphic design, orientation in programming and team creation are on the agenda for those interested. The training tends to direct the girls towards their preferred field. There are many specializations in the field of video games: game designer, programmer, graphic designer, sound designer, etc.

In addition, they are trained by Ny Andry Andriamanjato and Matthieu Rabehaja. Ny Andry Andriamanjato is a game designer who studied video game development at Suppinfogame in France. Founder of the first video game studio in Madagascar called Faithfull World, he is also a freelance game designer. Matthieu Rabehaja is the co-founder of Lomay, the startup that developed the Malagasy racing game Gazkar.

While in Madagascar, video game development is considered a rather male domain, Women In Tech Madagascar wants to change this status quo and prove that :

“The girls are quite capable of working in the technology field. Once they finish the training, they will be able to develop their own game and monetize it or apply to specialized companies and join a project.” 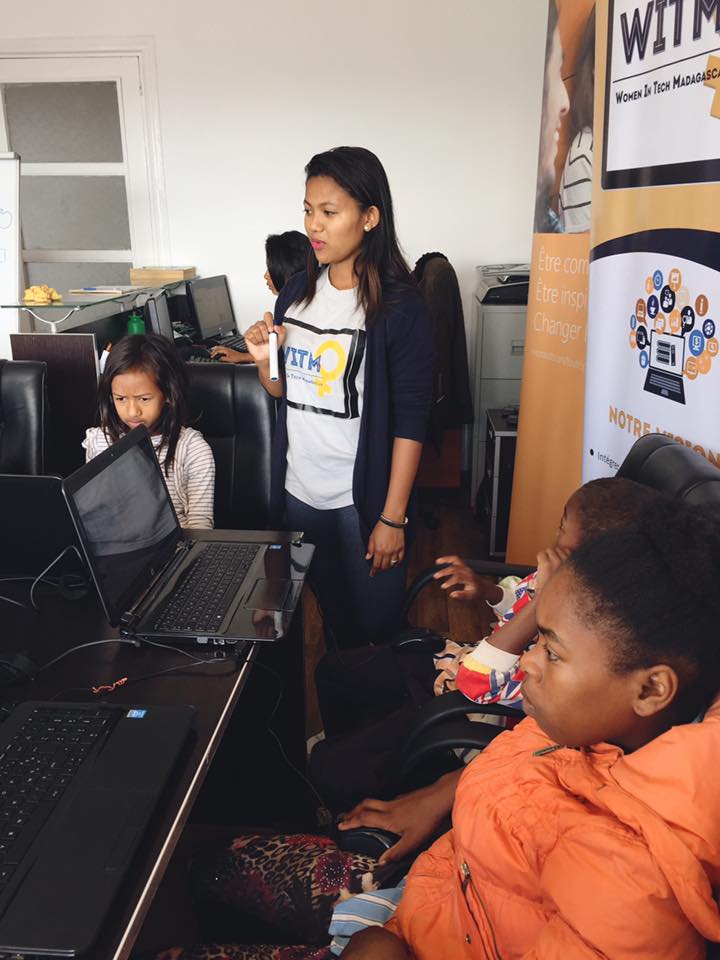 To the question,
“Do you think this field has a future in Madagascar?”
Ratsisetraina Dina Valisoa answers without hesitation: