Last Thursday, June 15, the 2017 IBL Tecoma Award ceremony was held at the Conventional Centre in Trianon. The purpose of the Tecoma Award is to reward the entrepreneur of the year based on a selection of different criteria: progress, innovation, external dynamism and civic commitment. This year’s winner is none other than Yan Mayer, an entrepreneur who wants to lead the green revolution with his fruit and vegetable company Proxifresh.

Alain Foulon, General Manager of Eco Austral, opened the evening with a speech valuing the entrepreneurs.

“Entrepreneurship is the best way to cross borders. It is also a culture that we want to promote with our partner IBL throughout the year and not only through this event. A culture and a state of mind that can also concern employees. There is more and more talk of intrapreneurship, as a concept that we want to promote, as well as coworking and incubators, for the greater good of the Mauritian economy,” said the Director General of the magazine.

Both producer and distributor, he has imposed with Proxifresh and VegMe a new model of fruit and vegetable consumption in Mauritius. And it has expanded into Rwanda and Tanzania to export more to Europe. Yan Mayer is the founder of Proxifresh, a company specialized in the import and distribution of fruits and vegetables.

“My challenge is to promote agricultural production that preserves the ecological integrity of the Earth while creating a viable economic ecosystem, here and in Africa,” explains the leader. 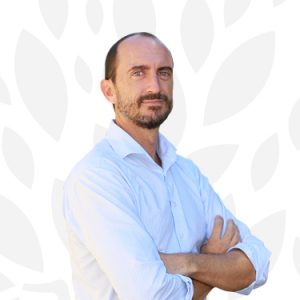 Since its inception, Proxifresh has actively promoted the development of healthy and environmentally friendly agriculture. The company also supports the Mauritian Wildlife Foundation by collecting one rupee per unit sold on selected products and donating the entire amount to the program to save endemic plants.

Today, the company has an annual turnover of Rs 120 million, an impressive growth since the company was founded in 2010 with just Rs 100,000 in its pocket.

“I am very happy and very moved. The difference is to do things differently and always innovate, be active and dynamic. The most important thing is passion and also to find the benefit for the Mauritian consumers,” said the 2017 winner after the award ceremony.

A file on each nominee was sent to the members of the jury in advance. The jury, based in Reunion Island, deliberated and finalized its vote which counted for 50% in the final ranking. The KANTAR TNS polling institute and L’Eco austral were present as facilitators during the deliberations. At the same time, KANTAR TNS, also a partner of the event, conducted a survey of at least 200 Mauritian business leaders. The poll votes counted for the remaining 50% of the final ranking.

Selection criteria for the nominees

Yan Mayer was chosen from among five nominees including Gérard Guidi of the Indian Ocean Aesthetic Centre, Yves Ramloll of Africaplus Direct International, Vincent Rogers of Gaz Carbo and Zulaïka Sunthbocus of Spoon Consulting. Here’s a quick look at the other four nominees in this fourteenth edition: 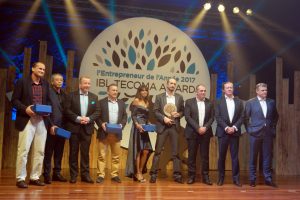 About the IBL Tecoma Award

Since 2001, L’Eco austral, the economic magazine of the Indian Ocean, has been organising the election of the “Entrepreneur of the Year – Tecoma Award” which aims at honouring the entrepreneurs of Mauritius. Also organized in Reunion and Madagascar, the event aims to federate entrepreneurship in the Indian Ocean area through a strong and common brand “The Tecoma”. It is above all a question of creating emulation, of telling “success stories” and of contributing to the development of a culture of entrepreneurship which allows our islands to still exist in an economy which is becoming more and more global.

Since the launch of the election in Reunion in 1995 and in Mauritius in 2002, more than 200 business leaders from different sectors and all categories of companies have benefited from the positive media coverage of the election.