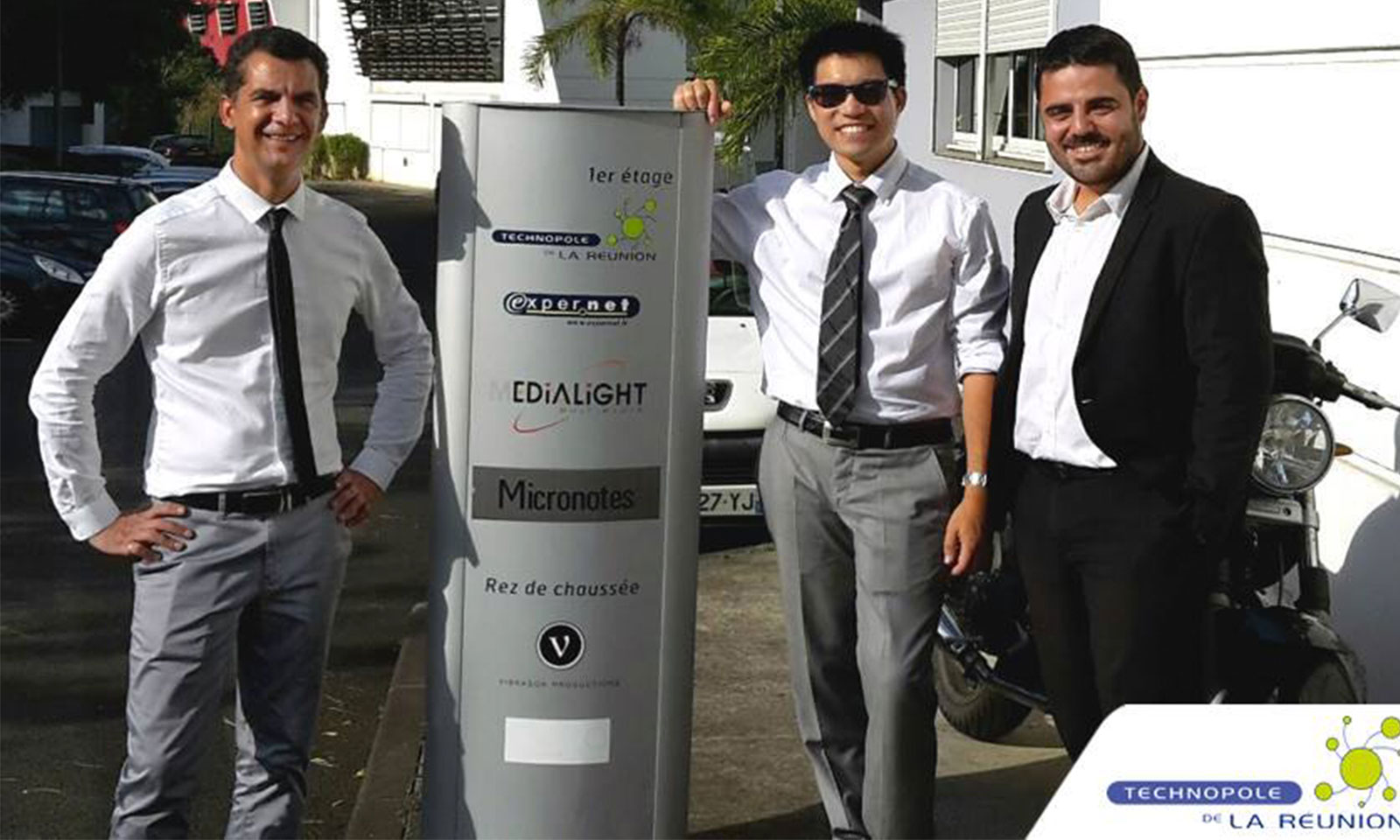 In 2016, Zeewa was elected “Coup de coeur du jury” at the Réunion Innovative Companies competition. This project, which is incubated at the Technopole de l’île sœur, is now in its first stage of implementation.

Recently available on the App Store and Google Play, the mobile application Zeewa is a creation of Julien Lévy. Designed to facilitate mutual aid, this app puts students in touch with each other for any exchange of materials and textbooks, note taking and even carpooling. In the middle of the university year, Zeewa should soon find a following.

“Zeewa is based on the fact that we all miss out on many opportunities that are sometimes right next to us but of which we are not aware”, summarizes Julien Lévy, the man behind the idea. Based on this principle, the Zeewa students application, once downloaded, will search for who, among its users, could have what you are looking for, whether it is a textbook, specific courses or a carpooling route.

Create opportunities for exchanges between users

In addition to being connected, students will also be able to find out if an opportunity is nearby. Thanks to the geolocation system, the search and the mutual aid are optimized. Although the project is still in its infancy, Zeewa should quickly create opportunities for exchange between its users.

An application that improves with each use

The version launched a few days ago is destined to improve as it is used. They contribute to the evolution of the service, so that it becomes as useful as possible in everyday life. Moreover, it should adapt later by integrating new features.

“Zeewa, find me that phone model!”

Father of two little girls, Julien Lévy confides that “for example, I can tell Zeewa that I would be interested in such and such a model of telephone, and a few weeks later I will be informed that the person in the bus in front of me can make me happy! The app’s founder believes that our phones tend to cut us off from the world. However, “they are also a great opportunity to multiply our contacts with the people who are right around us”.

One practice that Zeewa is particularly keen to encourage, by allowing it to be totally free, is carpooling. “The idea for the driver, who offers places on Zeewa is not to earn some money by charging hitchhikers,” warns the creator of the application. It is rather a question of contributing to mutual aid, of accompanying the announced change of the modes of transport and especially of making a gesture for the planet and the island of Reunion.

Julien Lévy plans to create several applications designed to meet the expectations of specific communities. For him, “the idea is for Zeewa to be really useful to people from the outset on real needs of their daily life”. To make matters worse, this new app “made in Réunion” is 100% free!