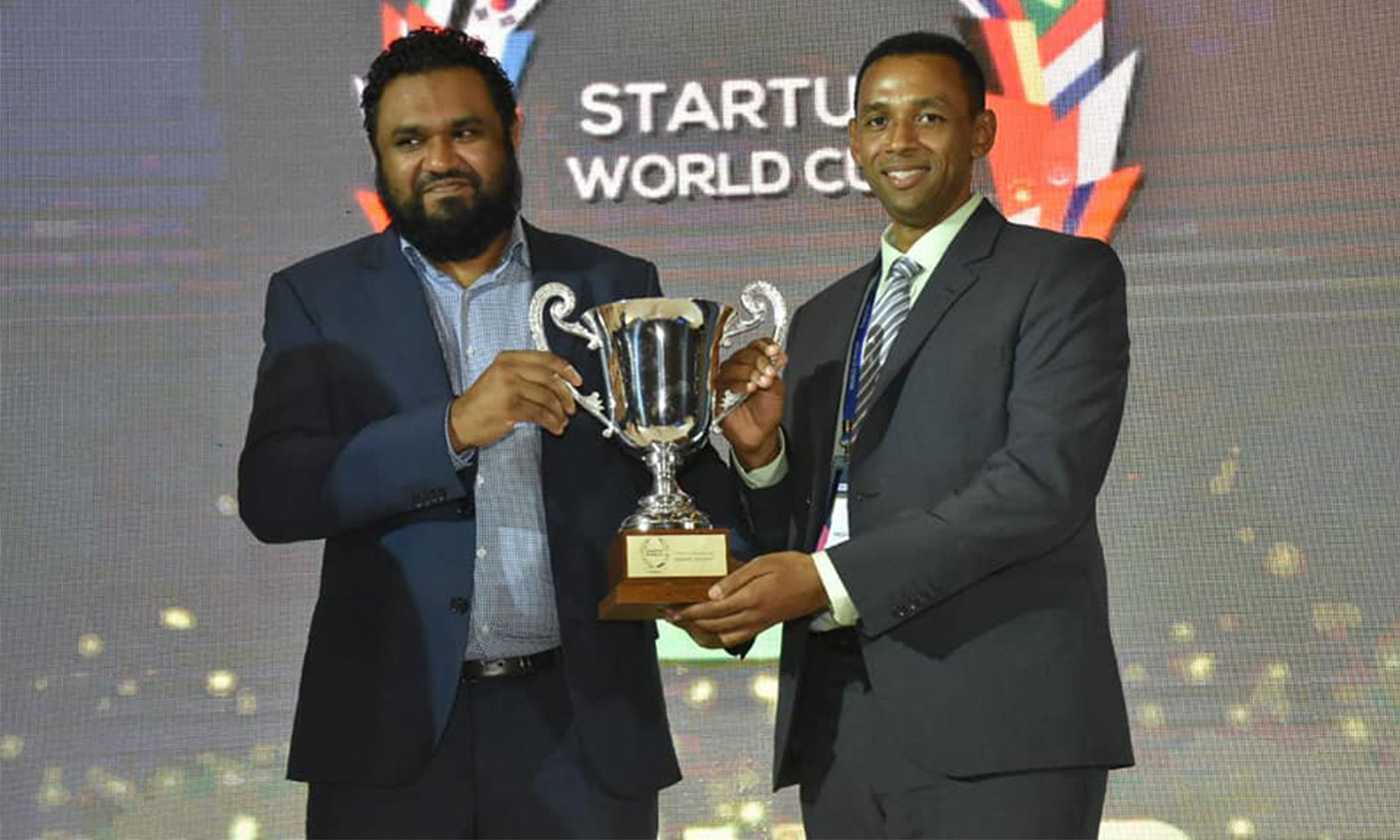 “We are going to launch a first drone academy in Mauritius”. These are the words of Shehzaad Callachand, CEO of Aeraccess. Accompanied by Melwyn Madelon, local representative of the Paris-based company, he got the pass for this ambitious project. Will Mauritius become the number one drone market in Africa?

Making Mauritius the No.1 drone market in Africa

Shehzaad Callachand is the CEO of Aeraccess. His sidekick, Melwyn Madelon, is a local representative of the Paris-based company. The two Mauritians were chosen at the World AI Show at the Intercontinental Hotel in Balaclava. They carried the colours of Mauritius high at the Start-up World Cup. The two men also got the sesame for their project to make Mauritius the number one drone market in Africa. Melwyn Madelon explains that the company was formed in January. Their drone was also used for the 50th anniversary of the independence of Mauritius. The World AI Show was thus an opportunity for them to make themselves known to Mauritians. And while they didn’t necessarily come to win, their presentation paid off.

Aeraccess offers everything from A to Z: the aircraft part, the control station part, etc., they have the control of the whole value chain. This is how the company is able to design very complete solutions. Aeraccess is the market leader in its segment and is present in approximately 40 countries. Their client list includes the Hellinic Land Army, the Royal Air Force and the RAID (French special forces). Their network of high-level partners collaborate with the company to imagine and innovate and increase the level of security for all citizens.

What project for Mauritius?

Bringing technology and helping the Mauritian state to be one of the leaders in robotics in Africa is thus the main objective of Aeraccess. The idea of launching the first drone academy in Mauritius is to train Mauritians and Africans and to access a new market. In the age of AI and Blockchain, the latest technology is drones for Shehzaad Callachand. He says it has revolutionized the agriculture, security, inspection and surveillance markets. Making Mauritius one of the pioneers and leaders in terms of robotics by 2030 is therefore its spearhead.

Shehzaad Callachand plans to start training sessions as early as 2019. The curriculum is being validated with the UoM, with which the company has already signed an agreement. In addition to bringing technology to Mauritius, it is also expected to create employment in the various research areas. The CEO explains that a close collaboration with the MRC is planned to solve the problems of road traffic management and mapping for cadastres among others.

Making Mauritius a pioneer in air and ground robotics

Melwyn Madelon and Shehzaad Callachand are childhood friends. From this friendship came the dream of doing something to change the world. Even though they parted ways during their respective studies, four years ago they found each other again. Shehzaad Callachand had a technology transfer project that could take Mauritius to another level and make it a pioneer in air and ground robotics. Today, Aeraccess is one of the world leaders in the use of drones for defense. The Royal Air Force and the RAID, an elite French police unit, are on its prestigious client list.