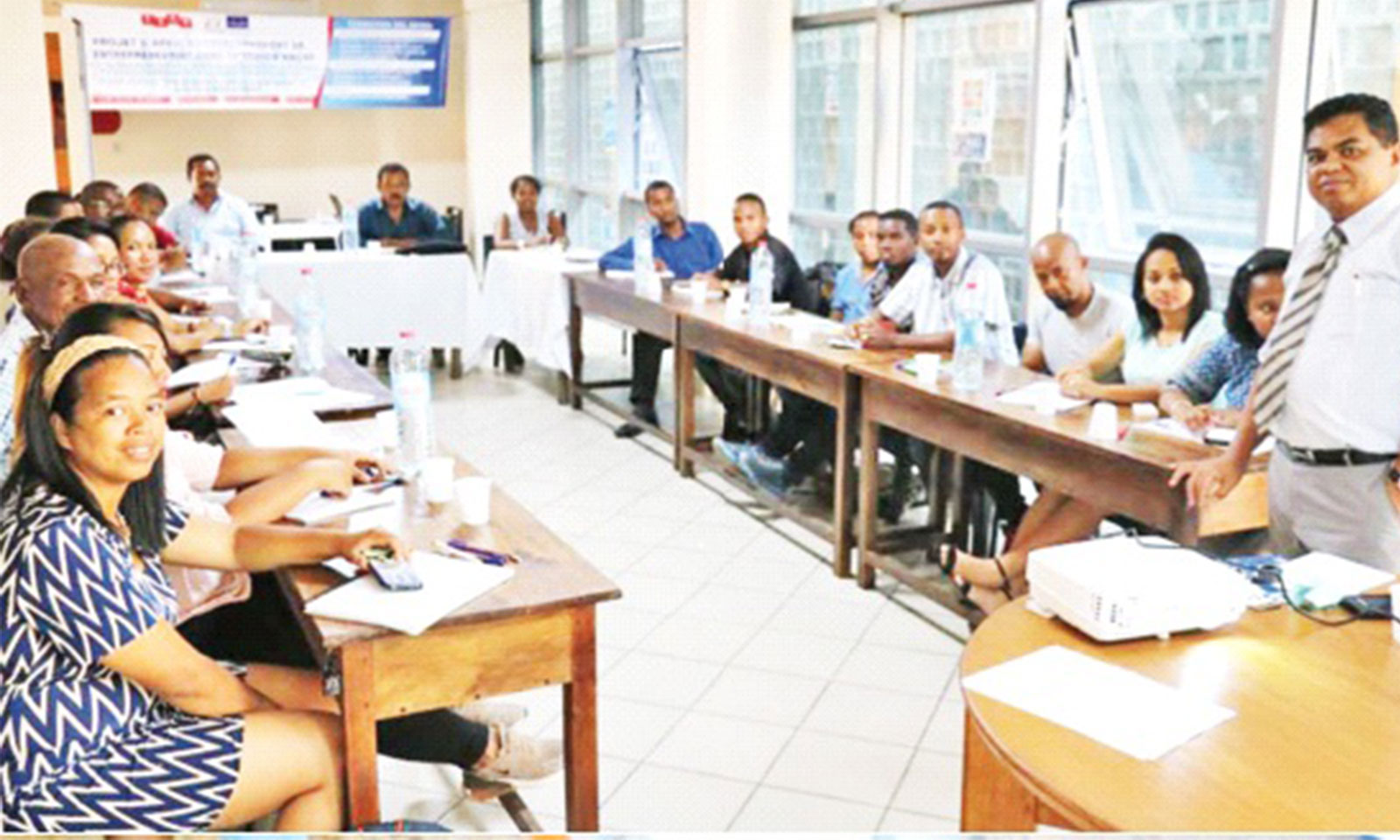 Nineteen trainers were put in place as part of a project to support entrepreneurship development. Implemented by the Anosy Region Business Centre (CARA), this initiative is moving in the right direction. Indeed, launched last November in the Cité dauphine, it already has nineteen trainers available in the region on a long-term basis. Aina Rakotoarisoa, CARA’s project officer, explains that a training of trainers session focused on good governance was held. According to him, “The objective is to form a pool of trainers available to continuously strengthen the capacities of entrepreneurs in the Anosy region.

While many young people want to become entrepreneurs, they do not always find opportunities. Thus, some 40 people, including women and young people, have been trained in import-export. Indeed, Aina Rakotoarisoa adds that their objective is to put forward the promotion of female entrepreneurship. 18 women participated in the previous training. Thus, these import-export trainings aim at strengthening the capacities of entrepreneurs on international trade. This should ensure the development of their activities.

A market exploration trip to Mauritius

To go further, CARA plans to train about 50 local entrepreneurs in sales techniques and the basics of entrepreneurship. A market exploration trip to Mauritius was even organized in mid-December. While the employment issue is hitting the youth of Anosy hard, entrepreneurship is an opportunity. This is indeed a potential to be exploited to lower the unemployment curve. Moreover, this project to strengthen the capacities of entrepreneurs is supported by the European Union through Procom. The latter is the Employment and Regional Integration Support Project. The implementation of this project by CARA is estimated at two hundred million ariary.

CARA’s mission is to support regional economic development. This, through the creation of an environment conducive to entrepreneurship and investment in the Anosy region. CARA’s official headquarters is now on the 1st floor of the Fort Dauphin Chamber of Commerce and Industry in Bazaribe, Tolagnaro, Madagascar. Procom is a project to support the development of entrepreneurship in the Anosy region. Of the two hundred million ariary invested, 170 million come from Procom Madagascar. Launched in 2015, Procom has received €8 million from the European Union for its implementation. “The rationale for the Procom project is to promote trade-led economic growth, whether regional or interregional,” explains its representative.