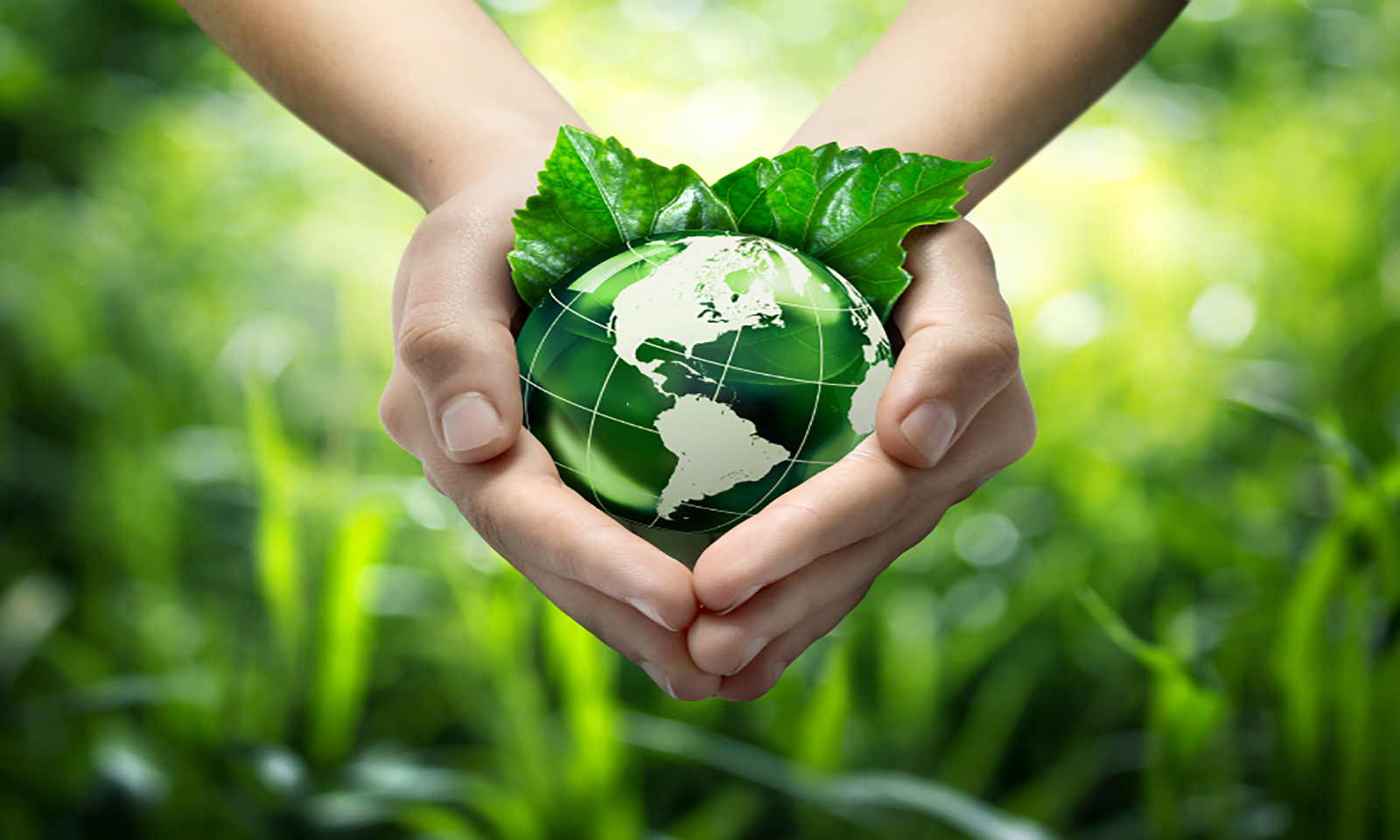 Ubiquitous, fast and cheap internet access combined with a seemingly endless array of compatible devices: the web is gobbling up huge amounts of energy. Data centers, the buildings that house thousands of servers around the world, store your emails and attachments as well as your favorite YouTube kitty videos. Did you know that this data is costing our planet more and more ?

A true pillar of the global economy and a social system in its own right, the web, although invisible, eats up a great deal of energy. To store, share or protect our data, we use a giant cloud of computer memory that we can access from anywhere. Thus, this cloud is not without impact on the environment. The more the Internet becomes a part of our lives, the more this impact grows. Isn’t it time to push digital players to convert to renewable energy? 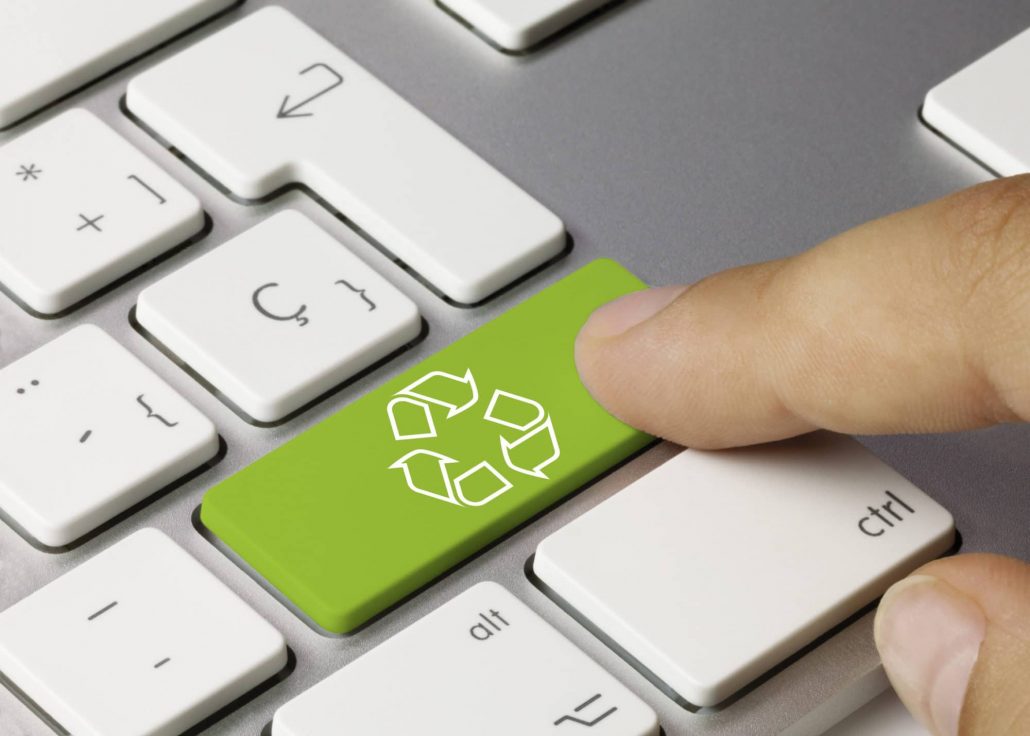 Feeding our digital world is expensive

Have you ever wondered where the movies you stream on Netflix are stored? Probably on a private server. However, this server must be constantly operational 24/7, 365 days a year, and therefore be powered by electricity.

According to recent estimates by Ademe, the French Environment and Energy Management Agency, sending an e-mail with an attachment is equivalent to the consumption of a light bulb for one hour, i.e. about 24 watts, and 5 watts for an e-mail without an attachment. It is estimated that more than 500 billion emails are sent each year worldwide, including spam. On the other hand, a search on Google has an energy cost of about 0.0003 kWh. Thus, all the research combined is equivalent to 990,000 kWh. This is without forgetting that Google receives some 500 million new searches per day, making the engine a huge consumer of energy (… will you continue to search for how to enrol at Hogwarts?). 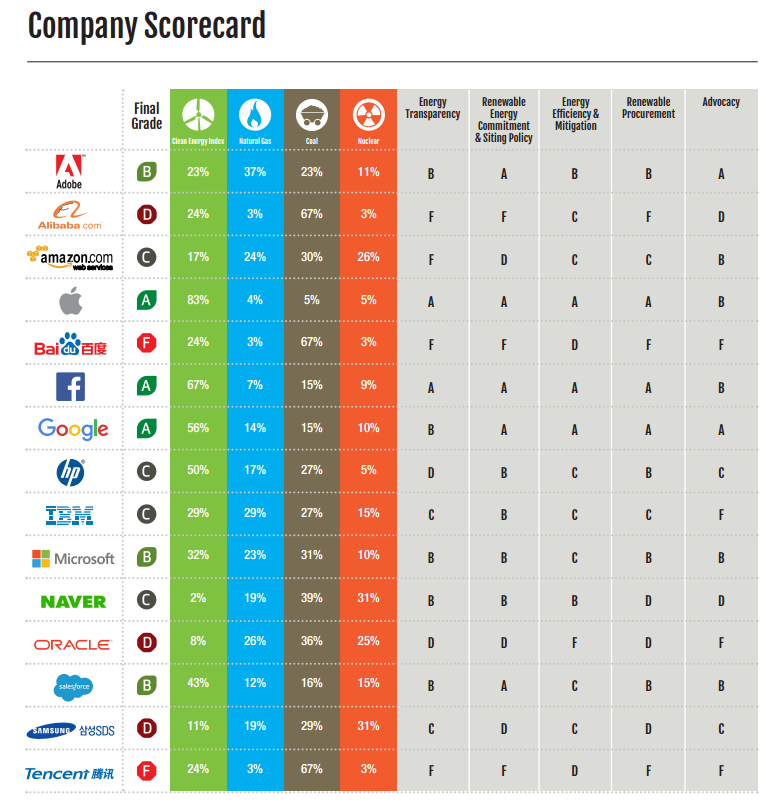 IT companies must play a role in moving us to a sustainable economy. This will allow us to significantly reduce greenhouse gas emissions. Despite improvements in the energy efficiency of our devices and the operation of data centres, our energy appetite for information technology is growing (too) fast. Greenpeace has issued a report on accounting for the energy needed to make our devices and power the internet needed to run our connected world. We learn that the IT sector already consumed more than 7% of the world’s electricity demand in 2012, with an increase to 12% in 2017. These figures are expected to increase by 7% per year until 2030, double the average growth rate of electricity worldwide.

Main components of electricity consumption for the IT sector

Use the internet wisely!

In order to act in favour of a more planet-friendly Internet, it is important to adapt our behaviour as well: watching a film in low definition, for example, consumes four to ten times less energy than viewing the same file in high graphic quality. Since every action counts, let’s also avoid sending emails with large attachments and let’s remember to regularly empty the recycle bin, sent emails and generally any unnecessary or duplicate storage in data centers. As for the advertising mails that we never read, don’t hesitate to unsubscribe without further delay. 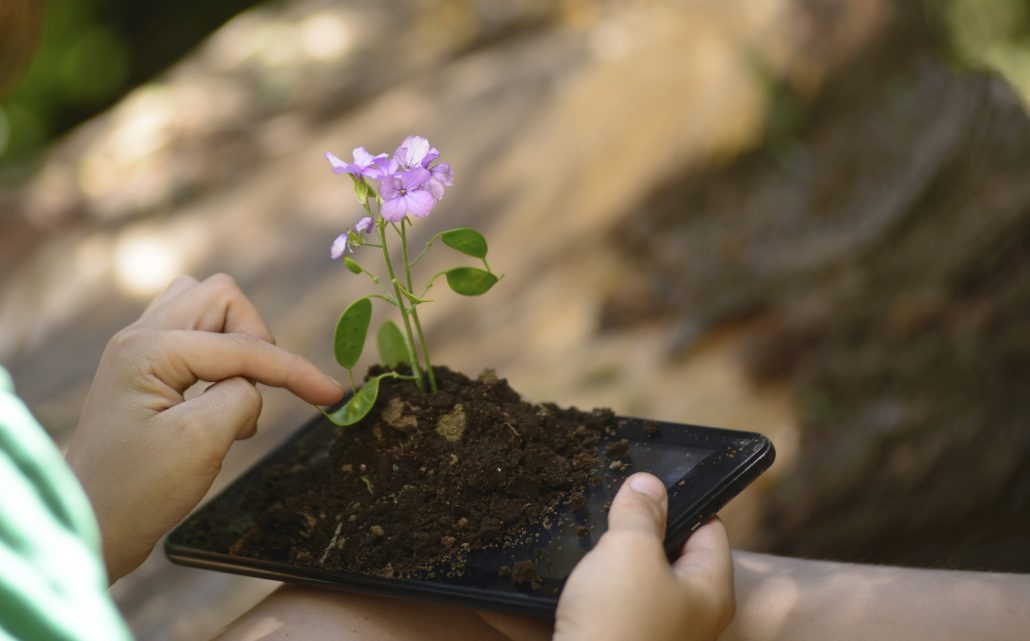 A small ray of hope on the horizon!

Today, we are witnessing a growing mobilization of industry leaders in favor of renewable energy. Net giants Facebook, Apple and Google were the first to sign up four years ago for a 100% renewable energy internet. Today, more than 20 companies have joined the movement. 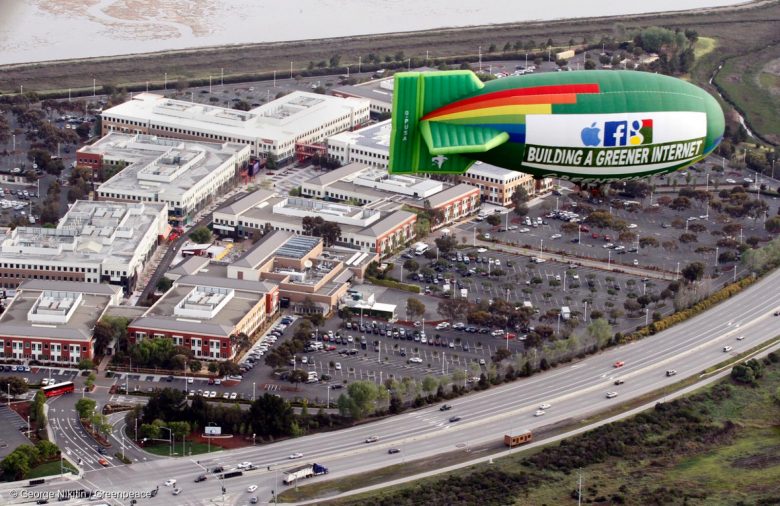 Make no mistake, the high-tech industry is poised for strong growth in the coming years. This growth will mean increased data consumption, redoubling the digital impact on our environment. The goal of IT companies is to optimize data compression. Indeed, if the data shared, whether photos, videos or text, weighs less, storage needs will be reduced, making web companies more and more eco-friendly!