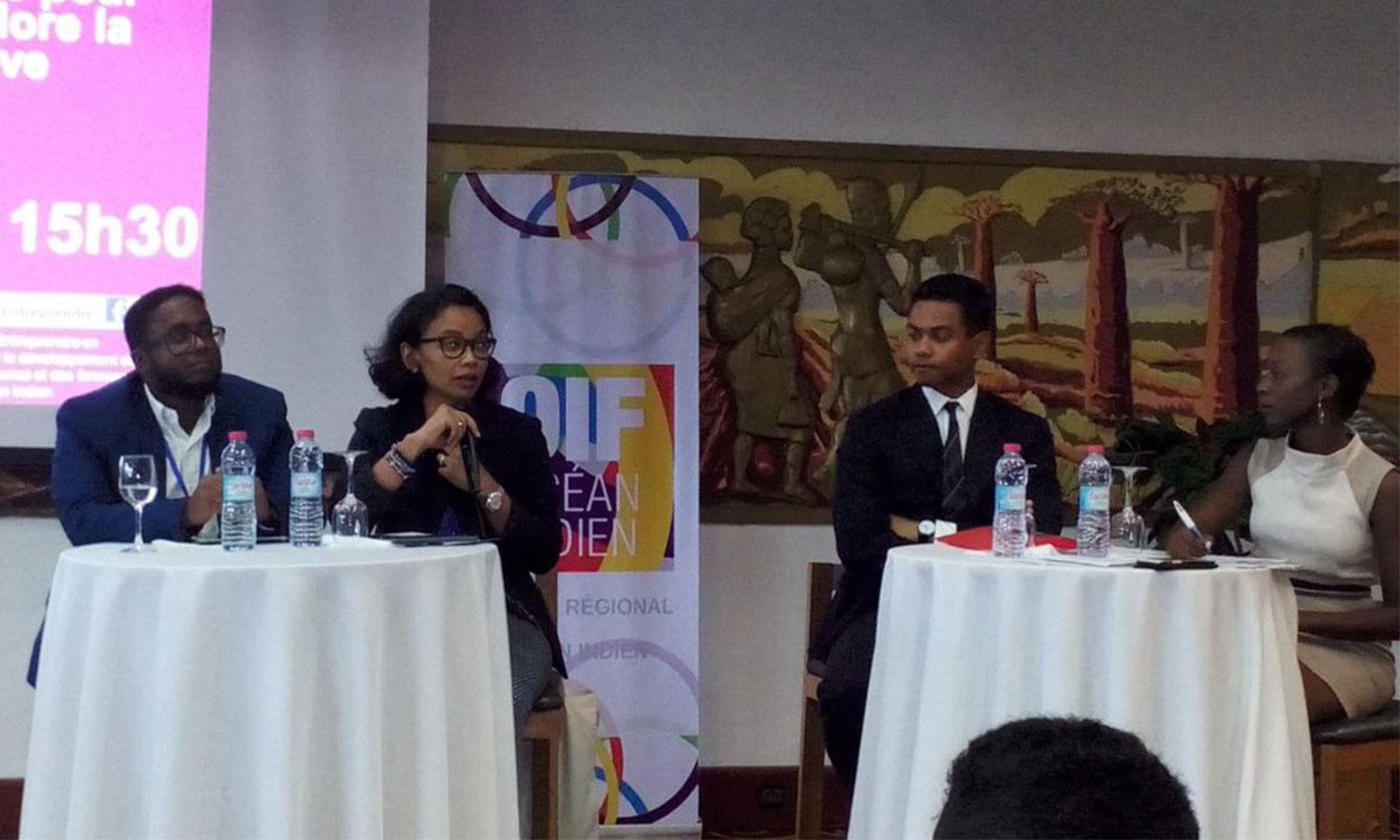 The 1st edition of the Forum Entreprendre en Francophonie was held at the Carlton Anosy, in Madagascar on December 4 and 5, 2018. About one hundred actors from Madagascar, Comoros, Djibouti, Mauritius, Mayotte, Reunion and Seychelles were present. This gathering was organized by the International Organization of the Francophonie.

In order to set up this forum, the Organisation Internationale de la Francophonie (OIF) collaborated with the Ministry of Industry and Private Sector Development (MIDSP). Thus, this first edition of the Forum Entreprendre en Francophonie took place on the Big Island last December. A major regional meeting for entrepreneurs, it was held at the Carlton Anosy from December 4 to 5. In addition, representatives from all the islands of the Indian Ocean were present. Entrepreneurs and public institutions, as well as civil society organizations and financing institutions attended.

Removing the obstacles to the development of entrepreneurship

According to the IOF, “the event aims to present policies, initiatives and support mechanisms for the development of entrepreneurship. They wish to promote promising sectors, create business opportunities through B2B meetings, network the actors of entrepreneurship in the Indian Ocean and share good practices and innovative measures in favour of entrepreneurship. Moreover, Malik Sarr, director of the regional office of La Francophonie for the Indian Ocean, believes that “the glaring contrast that currently persists in Africa must change. Indeed, Africa imports $35 billion worth of food, while 10 to 20 billion young Africans enter the market each year.

Thus, after the official opening, the participants engaged in exchanges, debates and sharing of experiences. The various panels were aimed at enabling young people and women in particular to advance in their entrepreneurial endeavours. It should be noted that professionals such as Carole Rakotondrainibe of the Axian Group participated in the discussion panels. Moreover, a presentation of the Programme for the promotion of employment through entrepreneurship among women and youth in French-speaking sub-Saharan Africa was made by Ms. Sakinatou BALDE, Programme Specialist, International Organization of the Francophonie (OIF).

An event that took place in two stages

On Monday, December 3rd, the Structures of Support to Innovative Entrepreneurship of French-speaking Africa (and particularly the Indian Ocean), met. They were able to share their experiences, the different models of support and economic. Subsequently, there were exchanges with other support structures. Indeed, entrepreneurs, public institutions, financing structures as well as civil society organizations were present. The objective of the event was to bring together members of the Francophone entrepreneurial ecosystem. This, in order to contribute to the removal of obstacles to entrepreneurship of young people and women in the Indian Ocean sub-region.

Moreover, the forum proved that a Francophone entrepreneurial ecosystem has been formed in recent years. The latter is even increasingly favourable to the creation of successful companies in the Africa/Indian Ocean region.