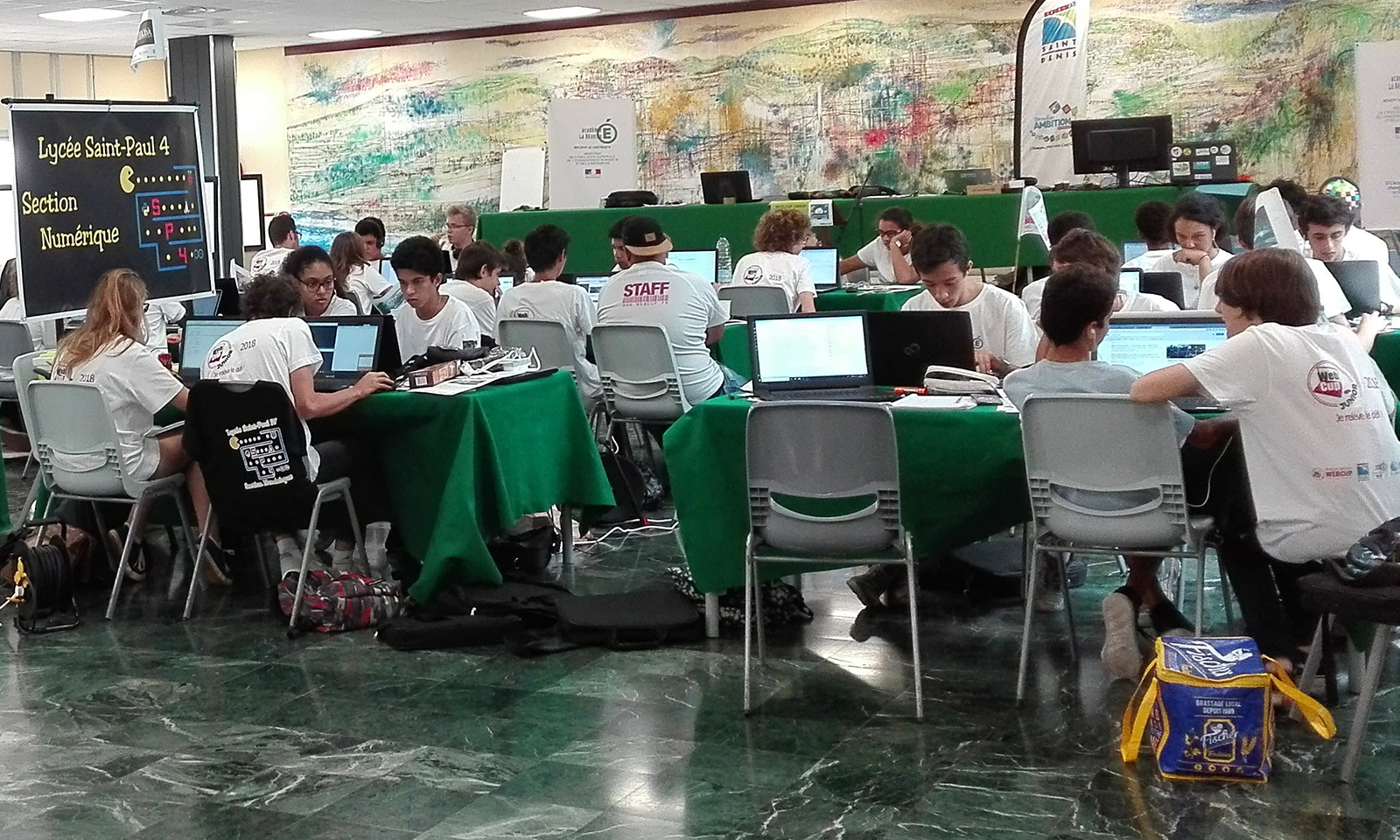 The Junior WebCup will be entitled to its4th edition this Saturday, April 6, 2019 in Reunion Island. With the aim of democratizing coding and encouraging vocations, the WebCup association is once again launching a call for mini programmers. Thus, the budding coders will meet at the multipurpose room of the town hall of Saint Denis this weekend.

The new edition of the Junior WebCup

The WebCup is no longer an institution. Indeed, the association already has many initiatives in favour of technology, digital and entrepreneurship. The Junior Edition is also in its4th year and continues to work for young developers. Indeed, using coding as a pedagogical lever, the Junior WebCup encourages creativity and autonomy among others.

5 hours to complete an order as a team

While the WebCup consists of creating a website in 24 hours, the Junior Edition offers the young participants the opportunity to create an order in 5 hours. So, for one day, they become professional graphic designers and developers. A real teamwork is then set up in order to present their creation in front of the jury and hope to win the contest. In addition to being fun, this competition also aims to inform participants about existing dedicated training courses. This year, you can follow the small developers’ competition on the website, especially on the Facebook page and the Twitter account of the WebCup association.

This action is led by the volunteers and trainers of the WebCup association as well as the educational teams of the Rectorat and the schools involved. Together, all these people want to mobilize middle and high school students who show an interest in the digital professions. This competition, organized in mixed teams, also aims to make them reflect on their motivation. Where appropriate, this will be reinforced by practical work in a stimulating environment.

Creativity and autonomy on the agenda

Indeed, the programming of a website allows the development of algorithmic skills of the participating students. In addition, it encourages collaborative practices, creativity and autonomy. It is also a good way to enrich their digital and scientific culture and to encourage vocations in this field.

The very first edition of the Junior WebCup brought together 52 young participants, secondary school students. They represented a total of 12 schools from the Académie de La Réunion. Each team had drawn a universe, translated by a city and a character associated with it. Sauron with Mordor, Louis XIV with Paris, Homer Simpson with Springfield, Darth Vader with the Death Star, or Zeus with Olympus. Their mission was to design a tourism-oriented website related to these elements!

As a reminder, the WebCup association of Reunion Island exists since 2009. It has federated and made known the web ecosystem and then start-up Reunion before deploying outside the island, to conquer the Indian Ocean. To host even more workshops and allow the birth of new projects within a Fablab, the Webcup association opened the first Webcup Campus in Saint-Pierre in February 2018. This campus is intended to become a flagship location dedicated to the development of 21st century skills such as creativity, innovation and initiative.