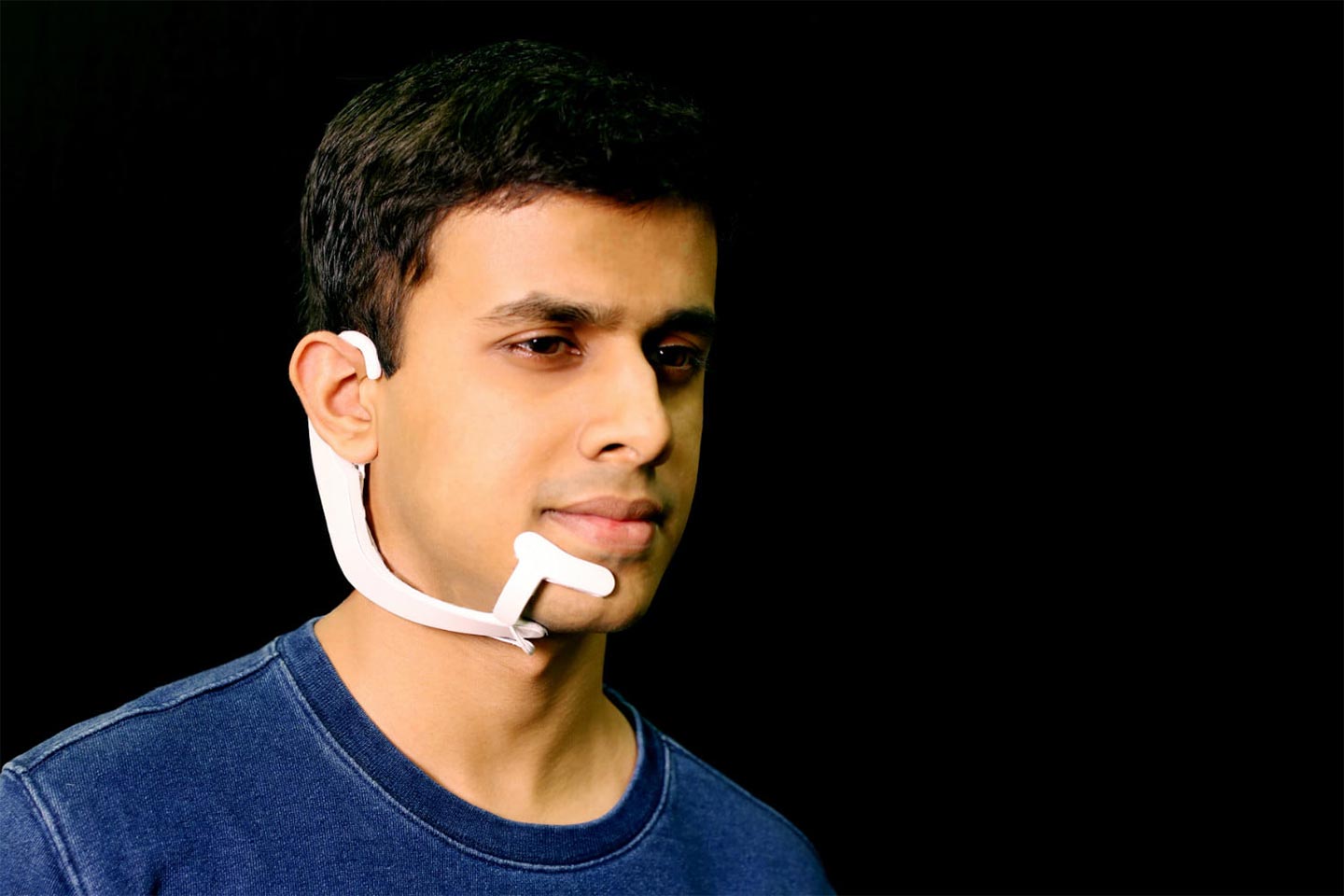 Technology is constantly creating new objects, each more useful than the last. The latest is a headset that can transcribe your thoughts! We owe this innovative object to researchers at MIT (Massachusetts Institute of Technology) in the United States.

Often, we avoid expressing our thoughts…either through lack of courage or through diplomacy! The game is about to change with this headset capable of writing down our thoughts! Some will exclaim “oh, my God” just at the thought of having their thoughts known to all while others will say “not a moment too soon” as they are reluctant to hide the “truth.” Yep, technology is working wonders, so much so that researchers at the Massachusetts Institute of Technology have managed to create AlterEgo, a headset that can transmit our thoughts!

AlterEgo says it all!

You won’t be able to hide your thoughts anymore! AlterEgo picks up on everything, and even more amazingly, the headset says out loud what you’re thinking. Scary, isn’t it? It is no longer necessary to hide our “crush” or “contempt” for another person. But how does this revolutionary helmet work? 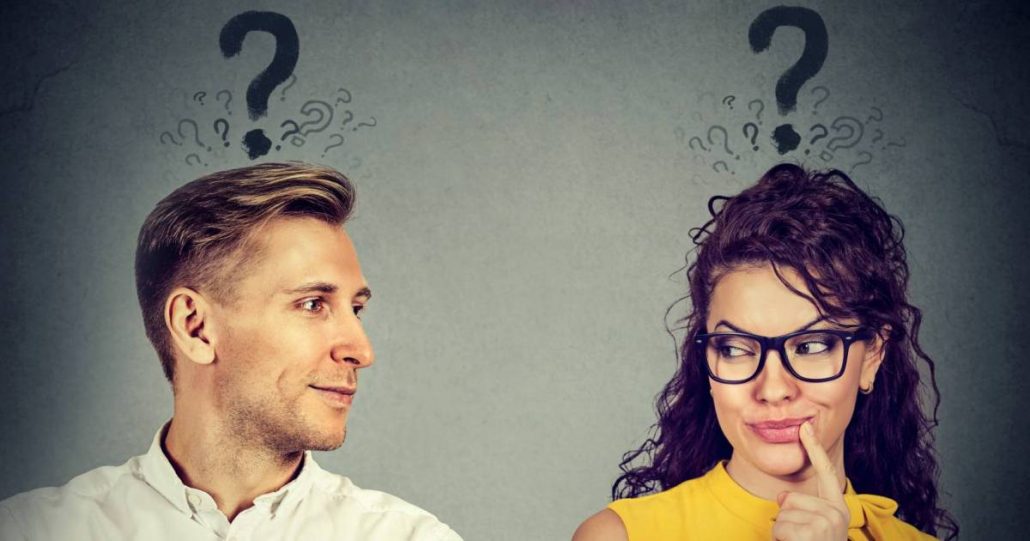 Based on the principle of artificial intelligence, the helmet is equipped with a branch that runs down the jaw. Once the helmet is attached to the face and the individual is thinking about something, the brain sends signals to the mouth and jaw to transcribe them. Not very clear, is it? A little explanation is in order…

To see or understand how AlterEgo works in practice, it must be connected to a mobile phone or other computer object using the vocalization system. AlterEgo consists of a portable device and a small computer system that allows users to converse silently with a computer without speaking or making recognizable movements.

It uses electrodes to pick up neuromuscular signals in the user’s jaw and face that are triggered by internal verbalizations, or more clearly, thought. These signals are then sent to a machine learning system created to associate certain signals with certain words. Thought is transmitted through a pair of bone-conducting earphones included in the wearable device, which transmit vibrations from the facial bones to the inner ear. Because the earphones do not obstruct the ear canal, the system is able to transmit information to the user without interrupting a conversation or interfering with the user’s hearing experience.

AlterEgo aims, in a way, to become a “second me”, but with a technological capacity. AlterEgo wants to combine humans and computers, so that computers, the internet and AI (Artificial Intelligence) can sneak into the human personality and thus increase human cognition and abilities. 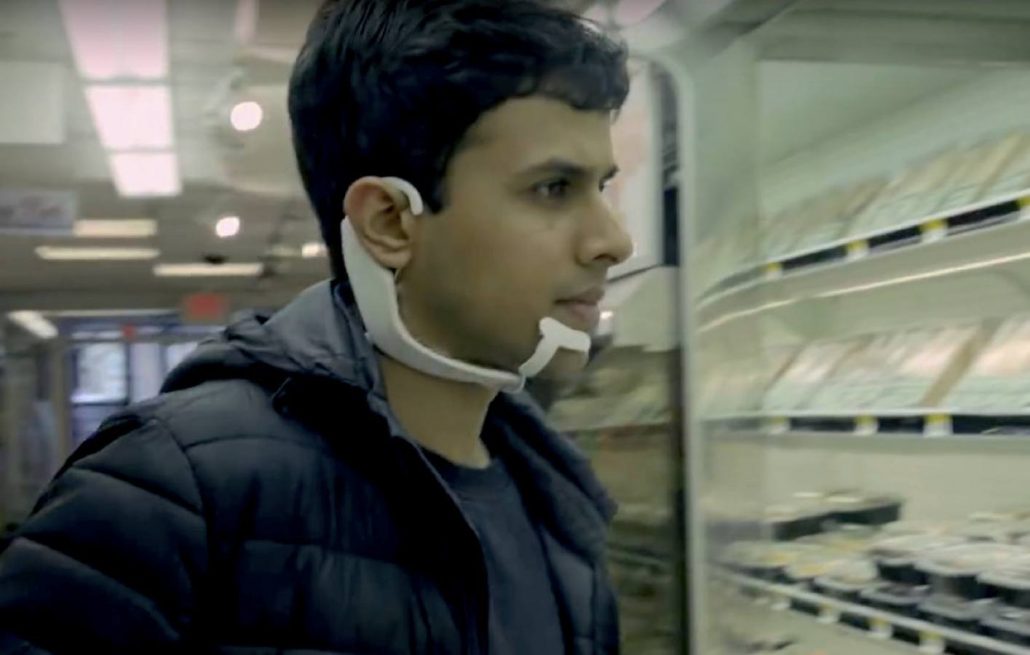 Technology has brought a lot of change to the daily lives of people all over the world. Technological tools, which sometimes prove to be too intrusive, such as social networks, for which the security of personal data or the preservation of privacy are questioned.

With AlterEgo, our thoughts would no longer belong to us, whereas the principle is to keep them to ourselves, as long as we do not decide to reveal them. With AlterEgo things will change, or not… This innovation still needs to be refined and developed further, if men are to consider making it an everyday object. Fortunately, we still have the choice of whether or not we want to use it!