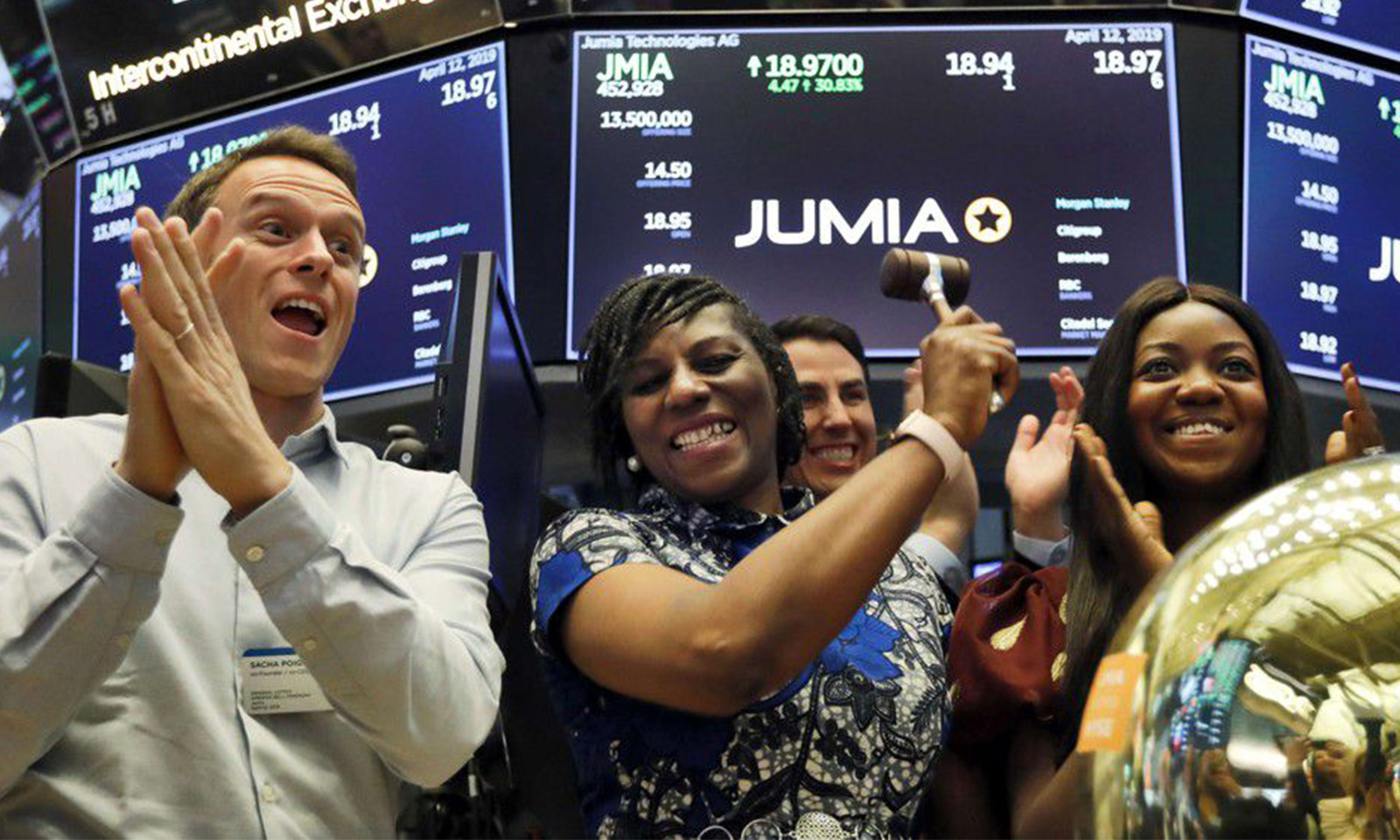 The startup Jumia Technologies AG, the number 1 African online retailer, has successfully completed its IPO. Indeed, last Friday, it raised just over $196 million. It thus becomes the first African startup to be listed on Wall Street. With this listing on the New York Stock Exchange (NYSE), the company confirms its status as a true African unicorn.

Nigeria-based Jumia Technologies AG becomes the first African startup on Wall Street. The African e-commerce leader has successfully completed its IPO on the New York Stock Exchange, confirming its status as the Alibaba of the African continent. The stock jumped 75.59% to end the session at $25.46. In fact, the pan-African online trading platform saw its share price rise by almost 30% on its debut. And its intraday price has risen to $19, valuing the company at about $1.5 billion from $1.3 billion before the deal. During this operation, nearly $200 million was raised.

The company’s management explains that this fundraising should be used to finance Jumia’s expansion strategy. Indeed, entering Wall Street is only the first step. Now they will continue to focus on their mission and ” work even harder to help consumers, vendors, partners and all stakeholders take advantage of this technology revolution.”

Founded in 2012, the startup is growing rapidly. It is already present in 14 African countries, and has more than 5,000 employees and 81,000 salespeople. Its sales jumped 40% in one year to $143.7 million. Last year alone, the volume of transactions on its platforms was estimated at 828.2 million euros. This represents a 63% increase over 2017.

In mid-March, Jumia filed its application for listing on the New York Stock Exchange. And last Friday, it announced that it would offer 13.5 million American Depositary Receipts (ADRs) at a price of $14.50 each. This is in the middle of its initial forecast range of $13 to $16. ADRs are certificates that allow a foreign company to be listed in the United States without having to comply with U.S. regulatory requirements. The ones offered by Jumia have been voted for by subscribers.

Who is Jumia Technologies AG ?

This startup is specialized in selling products directly, on a Market Place for third party sellers, selling services, setting up a logistics network and a payment system. Called the African unicorn, it is riding on good prospects and its development is supported by large multinationals. It can count on the support of Pernod-Ricard, Axa, Orange and Goldman Sachs. The company’s main shareholders are the South African operator MTN, with 30%, the German company Rocket Internet with 21% and the Luxembourg group Millicom with 10%.